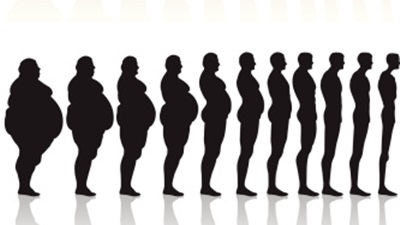 The obesity epidemic is upon us and has been for the last few years. This trend is a global phenomenon affecting the health and well-being of literally millions of people. Currently in the U.S., one person in every four is classified as being obese. This does not take into consideration the number of people who are overweight and would be classified as borderline obese.

There is a great deal of speculation as to why people are become increasingly overweight and obese. Is it the food we eat or the portion sizes? Perhaps the lack of physical activity? Maybe it’s the effect that genes have upon our metabolism?

Well, certainly all of the above are true, but portion sizes seem to be a particularly significant contributor to the obesity epidemic.

There is no doubt that portion sizes can affect the release of chemicals in the brain and fat cells that signal hunger and satiety to the brain.

By gradually increasing portion sizes and caloric volumes, the brain receives messages to its hunger and appetite centers leading to increased neural signals.

These signals would normally tell these areas of the brain that you are full and stop eating, but after prolonged stimulation from over-feeding, this regulatory system becomes dysfunctional—and over-eating becomes the norm.

This is especially the case with certain types of carbohydrate meals that activate certain pleasure and reward centers in the brain. So instead of normally being satisfied with a smaller, normal-sized portion, your brain has gotten used to your large eating patterns—and doesn’t signal when you’re full. Think about how you may want to eat two to three cookies but many people have to eat a whole bag to feel satisfied. This is a classic food addiction-type syndrome.

Portion control is also determined by a hormone called leptin which is secreted from your fat cells. Under normal circumstances, leptin tells your brain when you are full and controls the degree of feeding by a feedback loop system. The secretion of leptin is sensitive to feeding so if you overfeed yourself, the levels of leptin in your blood will rise.

Unfortunately, when you start to gain weight despite high leptin levels, the areas of the brain containing leptin receptors become insensitive to leptin. This will cause you to continue to overeat despite high levels of leptin secretion from your fat cells.

To control portion sizes, there are a few things that you can do:

1. Choose foods that are higher in protein and fat relative to carbohydrates. So eat fatty fish or use extra virgin olive oil and avocado with your chicken salad.

3. Consume smaller meals every three hours but keep the protein content the same as a regular meal. For example, have your medium sized chicken breast, but have a salad or cooked vegetables with it. Remember to use olive or canola oil. Eating this way will make you feel fuller, longer and keep your blood sugar stable.

4. Stay away from breads, pastas, sugar, desserts, and potatoes. If you want to eat carbohydrates, try a small portion (1/2 cup) of brown rice, spelt, buckwheat or quinoa with your meal.

5. You can also eat much larger portions of raw or cooked green, leafy, or colored vegetables to keep you feeling full.