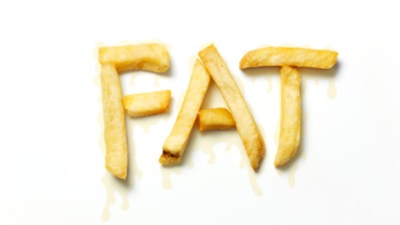 Obesity and overweight are at epidemic proportions today around the globe. This condition is not only affecting our growing population of young adults but also our children.

There have been various attempts in the health care and health promotional community to stop this rising tide of disease, but they’ve not succeeded.

One of the largest health-related programs designed to battle obesity and chronic disease is the low-fat craze. This effort placed the amount of fat that we ate at the forefront of the obesity epidemic. As a direct result, a multitude of low-fat diets, foods, drinks, public health policies and strategies were developed in order to get us back on track.

Did it work? Absolutely not!

Well, if you want to fight the deadly impact that obesity is having on our communities, you have to understand what is making us fat:

The reason why people gain excessive amounts of body fat without being able to lose it is they eat far too many refined carbohydrates, sugar, calories and fat.

The other types of carbohydrates commonly come from simple sugars found in candy, soda, cereals, fruit drinks, and junk foods. When you eat these types of foods in high amounts, your blood sugar will increase due to the fact that these foods are all high on the glycemic index.

The resultant high and consistent secretion of insulin from your pancreas will bring your blood sugar back down but will also cause body fat deposition. In time, this pattern will lead to various forms of insulin resistance which not only encourages body fat storage but especially in places like the abdomen which is a bad place to store fat.

As insulin resistance becomes more pronounced, body fat loss becomes more impossible and your blood pressure can begin to increase as can your triglycerides.

If you need 2,000 calories per day and you eat 4,000, your insulin levels will increase and you will store more body fat, regardless of what types of foods you eat. It’s a well-known fact that people eat too much food and often underestimate this. The consumption of saturated fat from meat, cheese, fast foods, pizza, and snack foods can also aggravate insulin resistance, fat storage, and the associated inflammation. However, if you want to look at a particular food group that is responsible for our level of fatness, look at carbohydrates and the food addiction associated with these types of foods!

If you look at our food choices, the general lack of physical activity people experience and the ever-present attitude regarding obesity and overweight as pseudo-healthy conditions, it becomes quite apparent why we are getting fatter and fatter as a nation!

In my opinion, dramatic changes in individual attitude and lifestyle dynamics are necessary before any measureable amounts of progress will be made in the most serious health epidemic facing our planet!