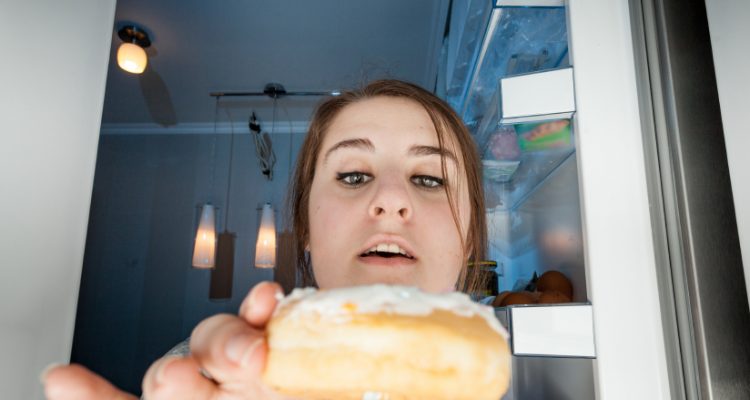 Whitney Port dishes on how to have a healthy diet!

Who doesn’t love a late night snack? Well, Whitney Port, for one. The 31-year-old fashion designer isn’t a fan of a late-night snacking and how it relates to a healthy diet. The former ‘The Hills’ starlet shared this healthy lifestyle advice to her over one million Twitter followers on Monday:

Don’t let your midnight snack ruin a healthy diet during the rest of the day! https://t.co/dwnP2Ft0jh pic.twitter.com/KopVuxGDIt

Listen to Whitney Port : A Healthy Diet Can Be Sabotaged by a Late Night Snack

Listen to Whitney Port. At least when it comes to her advice on how midnight snacking can be bad for a healthy diet.

A study out of Northwestern University and published in the journal Obesity suggests that eating at off-times (i.e. late at night or in the middle of the night when the body desires rest) can lead to weight gain. Significant—and the first fundamental evidence that associated meal timing and increased weight gain.

Researchers believe it has to do with energy regulation by the body’s circadian rhythms (24-hour clock). They suggest that scheduling meals better could be the important element in reducing obesity incidents (also significant, since a third of adults in the U.S. are considered obese).

Take a look at shift workers—they tend to be overweight, according to study researchers, as they are eating at times that aren’t in line with the  body’s circadian rhythm. This evidence is what initially inspired researchers into looking at whether or not eating at odd times can contribute toward weight gain.

Researchers plan to investigate the mechanisms behind this theory that eating during sleep hours, or late night snacking, can contribute to weight gain. They are hopeful that findings lead to strategies to help battle obesity.