Home > Celebrity Workouts > Who is Most Fit? Tom Cruise, Bradley Cooper, or Ryan Reynolds May Star in Green Lantern Corps 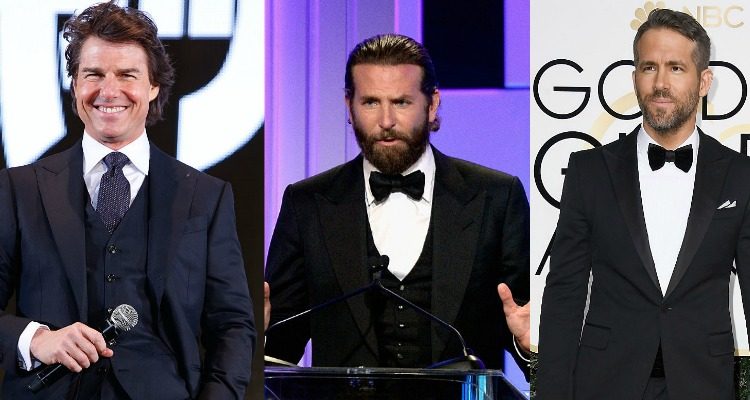 Despite lackluster success with Green Lantern in 2011, Warner Bros. has announced plans to release the eleventh installment of the DC Extended Universe titled Green Lantern Corps. The chiseled stars Tom Cruise, Bradley Cooper, and Ryan Reynolds are speculated to be shortlisted for the upcoming movie.

Green Lantern Corps is a fictional intergalactic military/police force appearing in comics published by DC Comics. After receiving a lot of criticism and negative reviews for the original Green Lantern film, Warner Bros. canceled plans for a sequel and instead plans to reboot the character with Green Lantern Corps. David Goyer and Justin Rhodes will write the script for the movie, which will be produced and executive produced by Goyer, and Geoff Johns and Jon Berg respectively. The movie is scheduled to be released in July 2020.

Tom Cruise’s fans will be elated to see the actor playing a comic-book superhero for the first time. The 54-year-old actor looks younger than stars half his age. He reportedly engages himself in different activities like hiking, jogging, swimming, rock climbing, sea kayaking, and weight training.

Apart from these activities, he also works out regularly to stay in shape. His gym workouts comprise a variety of cardio and strength training. His workout list is said to include body-weight squats, toe touches, jumping lunges, spider-man press ups, dead lifts, chest presses , pull-ups, front squats and many others. He fuels his body with healthy foods and his diet mostly comprises of fresh fruits and veggies.

Bradley Cooper generally focuses on muscle building exercises, but his workout is not limited to this alone. His workout routine comprises of deadlifts, squats, and single-leg deadlifts, including the Romanian deadlift with a landmine. He also incorporates unilateral exercises like Bulgarian split squats, heavy rack pulls–a deadlift variation using a hex bar that starts a few inches above the floor. He works with heavy weights and his routine also consists of circuit training, which helps burn fat while building muscle. He avoids too much cardio.

Reynolds has been working out with his personal trainer Bobby Strom for eight years. While working in preparation for Green Lantern, he trained for seven days, 90 minutes a day. He targeted every muscle group with exercises like kick-boxing, yoga, Pilates, and core exercises.

He starts his workouts with abs exercises like decline bench sit-ups, hanging leg lifts and wood chops on cable. He completes one set of these exercises with four repetitions. Then he switches to Swiss ball crunches and decline bench body bar twists. To target his upper chest muscles, shoulders, and triceps, he does flat bench, and incline bench press. He does walking lunges to focus on his lower body.