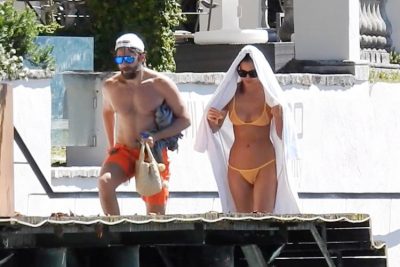 Bradley Cooper and partner Irina Shayk apparently love to bare their toned muscles (and hell, why wouldn’t they?) The two are constantly spotted out and about either going for a run or a weekend outing.

This hot Hollywood couple is quite the eye candy; with Cooper’s chiseled body and Shayk’s slender frame, we can only imagine how attractive their (possible) future children will be!

As an actor, Cooper is always preparing his body for movie roles. The biggest transformation he made was for his role in American Sniper, where he had to gain 40 pounds of muscle to fill the shoes of a military man. 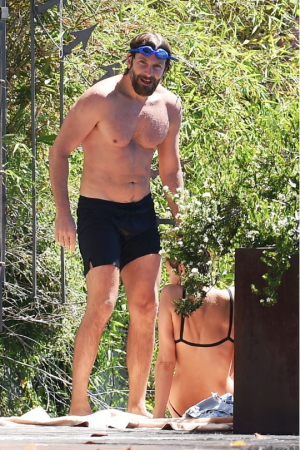 Shayk, a Russian supermodel, has been gracing the cover of many high-end magazines since 2007, and even landed the top spot on the 50 Hottest Russian Women list by Complex Magazine. She credits her looks to her father and her good genes, but we’re sure her workout and diet plan also come into play.

To train for his role in American Sniper, Cooper had to gain 40 pounds of muscle, which he managed to do by following an intense workout and diet plan as well as taking supplements.

As for Shayk, the supermodel completes plenty of cardio. She also enjoys boxing and Pilates, which gives her muscle definition without adding too much bulk.

When she does work out, she doesn’t lift heavier than five pound weights in order to avoid developing bulky muscles. For Shayk, working out isn’t about achieving a certain look, it’s about feeling good.

As for her diet, Shayk makes sure she is well hydrated throughout the day and actually doesn’t believe in dieting. The supermodel occasionally treats herself with ice cream, cake, and pizza on her days off. On the other hand, you won’t generally see her at restaurants, as she prefers homemade food.

Bradley Cooper and Irina Shayk are definitely a good looking couple, and they maintain their good looks by living healthy lifestyles.