Home > Celebrity Diets > ‘Why Him’ Star James Franco Up for Ridley Scott’s ‘Alien: Covenant,’ So What Special Workout is He Doing? 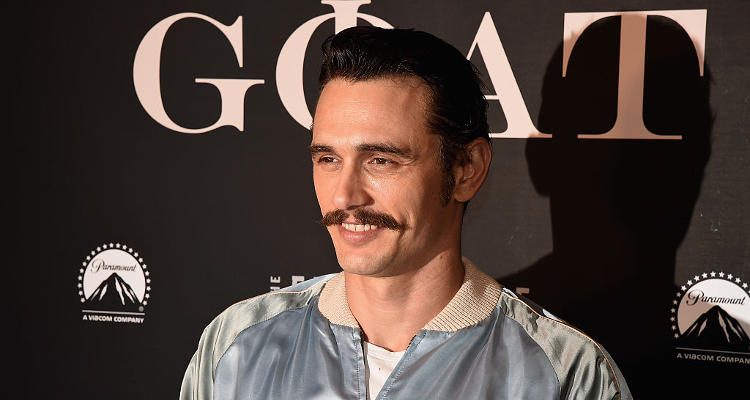 Why Him actor James Franco has just been given the green light to play the lead part in Ridley Scott’s Alien: Covenant. Franco is best known for his role in Spiderman 3, but has a long list of movies to his credit, many of them indie projects.

The actor is about more than acting and has pursued a lot of education over the years. He has an MFA from Columbia, is a PhD student in English at Yale University, and also attended the Rhode Island School of Design.

Pursuing his acting career and getting an incredibly solid education are far more important to this actor than getting his body ripped and muscular from head to toe like many actors in Hollywood.

For the most part, he keeps a slim physique that isn’t overly defined or worked on. He enjoys outdoor sports and hiking as well as getting to the gym when time permits.

If he goes to the gym regularly, it isn’t really known, nor is what he does there. He’s probably too busy worrying about interesting characters to play and working on his PhD.

Same goes for his diet. James Franco likely eats what he wants and doesn’t subscribe to any particular diet that is known.

For the most part, it is thought that he eats a fairly clean diet consisting of lean proteins such as chicken, vegetables, and fruit and avoids processed foods as much as possible.

He also likely follows a portion-controlled diet because as we age, we can’t eat as much as we used to without suffering the consequences of unwanted weight gain.

James Franco has said that he did eat more recklessly in his twenties, but now pays better attention to what goes into his mouth.

All that being said, Franco does work out hard when a role calls for it, such as his role in Anapolis, which required that he train and get into excellent shape.

His workout for this movie really worked and got him in fighting shape, so perhaps for his upcoming Ridley Scott movie, the actor will take on another trainer and work much like he did here to get in shape for this new role.

James Franco realized pretty quickly that he needed help training for the movie, so he enlisted a mentor, Macka Foley, a veteran boxing trainer and ex-fighter.

The actor acknowledged that boxing involved completely different muscles and more endurance than sword fighting, so he needed the outside help to get him properly prepped.

He worked on his body to fit the three stages of development his character in Anapolis underwent. Upper body workouts were, of course, crucial.

It was important to him that viewers saw both the physical and emotional changes the character went through as the movie progressed. These changes for Franco included going from being a skinny “kid” to being able to do 300 push-ups.

Some of the exercises involved in the workout included sit-ups, using a speed bag, and doing a variety of jumps, as well as core boxing moves.