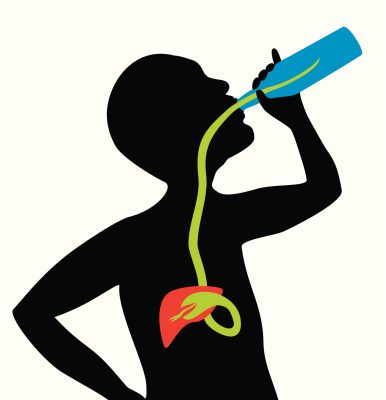 Liver disease and dysfunction is becoming an increasingly common occurrence these days. Previously, chronic liver disease was actually very uncommon. However, ever since the rates of obesity have shown a continual and unrelenting upward trend, the prevalence of liver disease has kept pace.

The reason for this is quite simple: with the steady and persistence increase in the prevalence of obesity, there has been a corresponding increase in the incidence of metabolic syndrome and type 2 diabetes.

These conditions have closely mirrored the increased incidence of fatty liver disease which carries with it an increased risk of altered liver pathology and abnormal physiology.

The differences between the groups were as follows:

All of the participants, regardless of which group they were in, showed an improvement in liver pathology over the six-month trial. The largest and most significant changes occurred in groups two and three who ate a specific diet and participated in the moderate exercise program.

Although the results of this study are somewhat limiting due to experimental design and sample size, the study does show a very important relationship between our diets and the lifestyle choices we make and the effects this can have on the liver.

The reason why metabolic syndrome and type 2 diabetes are related to liver disease is because they come with symptoms of insulin resistance, high blood sugar, and abdominal obesity.

These disorders cause high levels of inflammation, resulting in fatty accumulation in the liver. Fatty liver disease is also associated with high levels of free radical generation and potential liver damage.

Fortunately, dietary changes can help reduce your risk of these diseases. Paying attention to your food choices, eating realistic portion sizes, and regularly exercising can reduce the levels of abdominal obesity, decrease the inflammation, and help correct the insulin resistance which is responsible for the excessive fatty accumulation inside the liver.

Fatty liver disease is estimated to affect at least 25 % of people who have metabolic syndrome—but if corrected early enough with dietary and lifestyle changes, it’s entirely reversible.