Home > Food News > Why Nutrition Studies Can Be Misleading 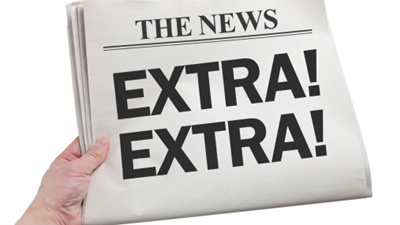 Whether you turn on your television, pick up a magazine, browse the web or read a newspaper, catchy headlines regarding health news are everywhere.

I think it’s great that people read the news and stay informed about new research findings, but it has also been my contention that the media rarely gets it right. Oftentimes, this is not the media’s fault. The press release is not accurate or the findings of the study have not been adequately explained so that the average person can understand it.

Nothing gets me more frustrated than when I read health news that is released to the general public which isn’t just incorrect, but the research findings presented are very misleading. This is confusing to the majority of people who read the news – and may set them down the wrong path.

But how are you supposed to know who or what to believe?

Here is a case in point…

Recently a headline appeared in many news carriers throughout the United States: “Study Finds No CVD Benefit With Omega-3 Fatty Acids.”

Wow… people reading this headline are going to think, “Should I keep eating fish or taking my fish oil supplements?”

The headline stemmed from a study published in the Journal of the American Medical Association that evaluated the relationship between the intake of omega-3 fats in supplement form and the occurrence of heart attack, stroke, cardiac death or hospitalization for serious cardiac events. This study examined 4,203 adults with an average age of 74. They were randomly placed into several groups who either received a daily one-gram dose of a fish oil supplement, a daily dose of a mixture of two antioxidants, placebo pills or both nutrients at once. The subjects were followed for an average of 4.8 years.

The results of this study indicated that there were no differences in the number of deaths, heart attacks, strokes or serious hospitalizations in each group – despite the different treatments provided.

According to study author Dr. Denise Bonds, “The results of the study show that there is no safety signal, so there’s no harm at the levels that were given, but it doesn’t demonstrate any benefit in taking dietary supplements in terms of CV outcomes.”

Yes, the results of this study did indicate that there was no benefit in taking the supplement containing the fish oil compared to the placebo or other treatments, but the question is… why?

How the results are interpreted is the important thing. Here is what that particular report failed to mention:

My advice to you is to keep eating fatty fish, such as salmon and halibut, and taking your high-potency omega-3 supplements.