Advertisement
https://www.foodsforbetterhealth.com/why-you-might-get-a-side-of-contamination-along-with-your-local-chicken-3269 Why You Might Get a Side of Contamination Along With Your Local Chicken Vicky Tobianah Foods 4 Better Health 2013-07-23T01:37:19Z 2017-08-23 07:13:49 Food News https://www.foodsforbetterhealth.com/wp-content/uploads/2016/03/broiler-chicken-150x100.jpg 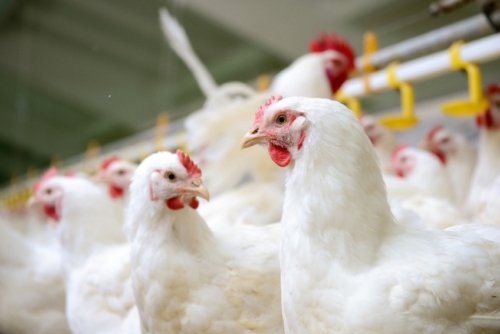 While many health enthusiasts claim that eating local is healthiest, the studies don’t always seem to back that up. Although eating local can reduce your ecological footprint, and benefit your community’s local farmers, a new study has found that your local farmer’s markets chickens are actually much likelier to be more contaminated with dangerous bacteria.

The study, published in The Journal of Food Safety last month, compared the presence of two species of bacteria—salmonella and campylobacter (which are known to cause food poisoning)—in 100 chickens from grocery stores (half of which were organic) and another 100 chickens from farmer’s markets. The results were not what you’d think:

Many people naturally believe that there’s a larger chance of eating contaminated food when you’re purchasing produce from a large grocery store, because it’s been shipped and transported from all around the country—but the study rightly points out the dangers of eating local: that you must know how those local farmers are handling food, especially ones like chicken that can get easily contaminated. Considering foodborne illnesses affect one in every six Americans, resulting in 3,000 deaths a year, it’s vital that consumers are aware of how to properly handle food.

MORE: How to Prevent Foodborne Illnesses

Even if eating local chicken was found more likely to be contaminated than regular chicken, the lead author of the study pointed out that, if cooked properly, the bacteria will be destroyed. There are many ways that local farmers can also reduce the likelihood of chickens becoming contaminated.

“(Sellers and buyers) have to make sure they’re handling the products properly, keeping them cold, making sure they’re not cross-contaminating tabletops or kitchen implements. Yes, we found in a small study higher levels of these pathogens,” said lead author of the study Joshua Scheinberg. “But these would be destroyed if properly cooked to 165 degrees.”