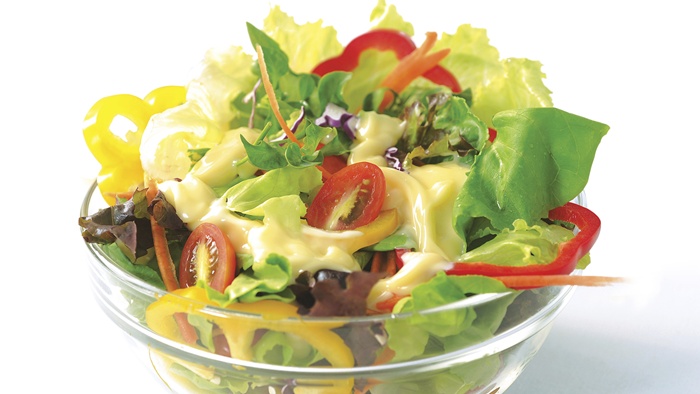 The salad is a favorite meal choice for people watching their weight and looking for healthy meal options. They’re so easy to make and can contain essentially any ingredient from chicken to eggs to olives and onions. No matter how you create one, there’s a salad out there for everybody.

But here’s a sobering thought. Although salads appear to contain simple, healthy foods, there’s a hidden ingredient which is increasing your risk of high blood pressure, kidney disease and even heart failure. The secret ingredient sabotaging your salad? Salt.

Chips, maybe, but salad? You may not associate salt with salads but new research from the United Kingdom has found that many store-bought and restaurant salads come with high amounts of salt—a potential threat to your heart.

In the U.K., pressure on food companies to lower sodium resulted in a plan to lower the population’s salt intake. The Consensus Action on Salt and Health (CASH), a private group of researchers, was founded with the goal to reduce sodium levels within the population. CASH works alongside the government and food companies to bring awareness to sodium-related health problems and create initiatives for healthy eating.

In comparison to restaurant salads, supermarket salads also contained high amounts of salt. And don’t be confused by “low-calorie” or “detox” salads; these salads also proved to be packing on the salt.

Hidden Salt Threat Does a Number on Your Heart

Following the study release, CASH offers some suggestions to still enjoy your salad, and ensure it’s not leading you down a path to poor health:

On top of these tips, homemade is always best. When you make a salad yourself, you know exactly what you’re putting in and you can avoid unnecessary preservatives. But if you’re on the go and have to grab something quick, these tips will help you make an informed decision.

Go on and eat your salad! There’s no reason to ditch that flavorful mix of potentially healthy greens, veggies and protein-rich chicken and nuts. Just like most meals that come from a restaurant or fast-food place, always keep in mind the extra ingredients, fat, calories and salt that can be hiding on your plate.

So, will you be having the Caesar salad or the Greek?