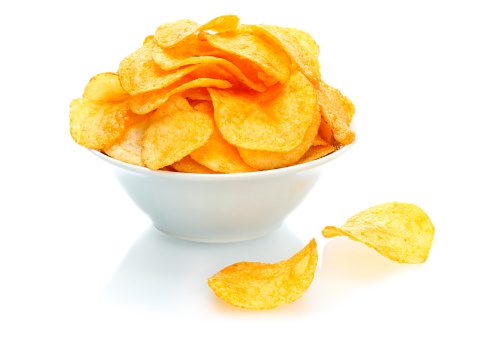 If you think it’s no big deal if your best friend can finish two bags of chips in one sitting, think again. A new Gallup poll found that your friends’ and family’s unhealthy habits can impact you more than you realize: in fact, if the people you surround yourself with smoke, drink, and are not physically active, it’s likely you’ll start following their unhealthy habits.

According to the study, which polled over 2,000 American adults, people who drink or smoke are much likelier to spend time with those doing unhealthy activities.

46% of American adults who drank alcohol regularly said their friends and family drink, compared to just 30% of non-drinkers who said their social circle don’t drink.

The data was more revealing for people who smoked: those surveyed were more than twice as likely to associate themselves with other smokers.

As well, 70% of people who were not overweight said they only have a few friends or family members who were overweight.

The results from Gallup’s annual Consumption Habits survey has shown what researchers have already suspected: that unhealthy habits are often shared among your social circle, and that your social network does indeed impact your health.

For years, researchers have explored the way that unhealthy habits can spread among friends and family—making it all the more vital for parents to encourage their kids to get rid of unhealthy habits and make healthy eating and physical activity a priority.

MORE: We Harm Others When We Harm Ourselves

In fact, many studies have found a link between parents’ unhealthy habits and their children’s: one study, published in the Journal of Pediatrics, found that parents’ weight was the single most important risk factor for childhood obesity.

Many organizations have already pointed out that unhealthy habits, such as not eating healthy, are often taught in childhood, making it harder for children to learn new habits later on in life.

Considering obesity, and unhealthy habits like smoking and drinking, can lead to serious health problems such as diabetes, heart disease, and stroke, it’s vital children don’t learn unhealthy habits at a young age—and that you don’t let your friends and family’s unhealthy habits become yours.

Whether you naturally gravitate towards friends with unhealthy habits like yours, or whether your friends’ unhealthy habits just rub off on you, it makes it all the more vital that you surround yourself with people who share your own values—especially when it comes to unhealthy habits and healthy eating.