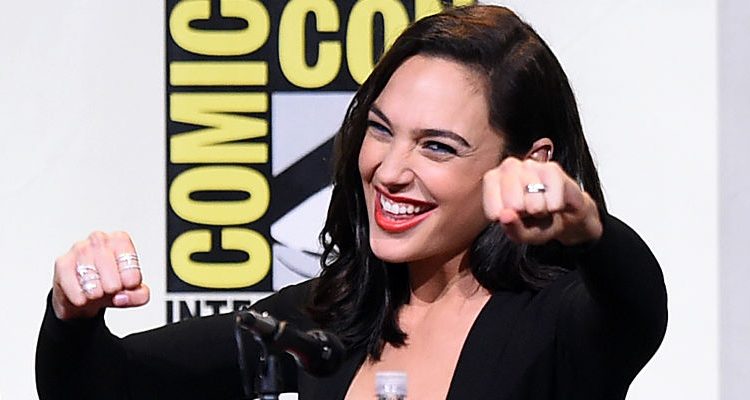 Wonder Woman actress Gal Gadot recently showed off her fit body on Instagram by posing on the beach. She paired the serene image with an inspiration caption, writing, “May your day be peaceful and filled with positive energy #weekend.”

Gadot has come a long way in her acting career, which began with the Fast and Furious franchise. She is now taking the lead in the upcoming Wonder Woman film. As you can see, many of Gadot’s roles require the actress to be in top shape so that she can complete many different stunts. For this reason, Gadot works hard on her fitness and diet to ensure she stays in the best condition possible and can really be a superhero.

May your day be peaceful and filled with positive energy ?⭐️ #weekend

Gadot’s background can be credited for how athletic and fit she is today. Growing up, her mother was a gymnastics teacher, and Gadot didn’t spend her days in front of a TV. Instead, the actress spent her days being as active as possible, whether that involved playing sports or dancing.

Her active lifestyle is what helped her get through her two years of mandatory military service in Israel. While in the Israeli army, Gadot learned valuable life skills including discipline.

When speaking about her role in Wonder Woman, Gadot said she increased her workouts, and although she couldn’t be specific about her routine, she did say it involved plenty of martial arts.

When she isn’t training for a film role, Gadot enjoys paddle boarding and TRX. Gadot also takes part in plenty of cardio exercises, Pilates, and will often switch from sports to gym-specific workouts in order to give her whole body a complete workout. Clearly, when it comes to exercise, Gadot likes to keep it varied to prevent boredom.

As for her diet, Gadot sticks to a portion-controlled diet so that she doesn’t deny herself treats and some of her favorite foods. She explained to Interview magazine, “I look at food as fuel and I want to give the best to my body. So of course I have my bad things that I eat like burgers or ice cream with chocolate. I don’t restrict myself, I can eat everything. It’s all a matter of measurements and quantity of the food.”  For Gadot, it’s all about eating things that are good for you, and that you enjoy, in moderation and not in excess so that it doesn’t lead to weight gain.

For the most part, Gadot’s diet contains plenty of fruits and vegetables, high-fiber foods, and foods that are high in nutrients.

There have been a few posters and promos released for the upcoming Wonder Woman, and Gal Gadot looks incredible. That is because she trained intensely and stuck to a clean diet in order to achieve her superhero figure.