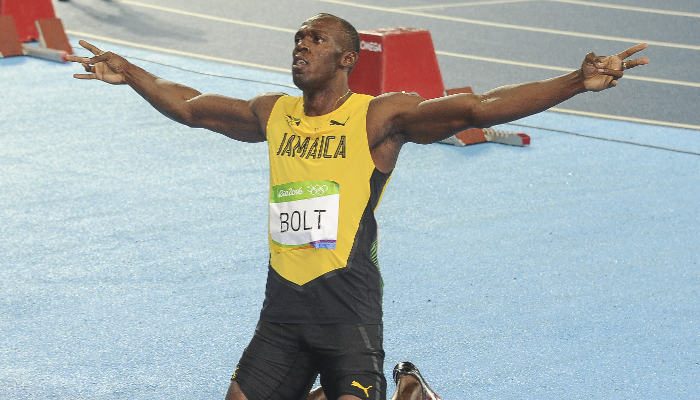 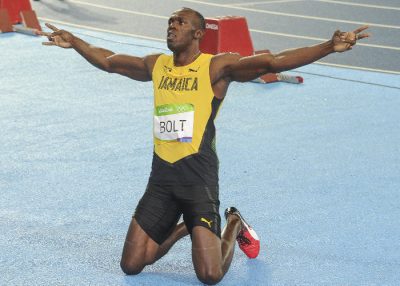 Nine-time Olympic gold medalist and world champion sprinter Usain Bolt is the fastest man alive, but the athlete believes that anyone can achieve athletic greatness if they focus on developing their power through workouts and practice.

At the recent Rio Olympics, Usain Bolt sprinted away with three gold medals, dominating his sport for the third time at the Summer Olympic Games.

Usain Bolt recently posted an Instagram pic of himself relaxing in a pool, along with the caption, “Work hard for what u want always #vacation.” While the pic shows Bolt enjoying some downtime, there’s no question that the athlete works hard to achieve his athleticism.

Work hard for what u want always #vacation

According to Bolt, anyone can achieve greatness (in sprinting or other sports) if they are willing to focus on developing their strength, power, acceleration, and flexibility. Bolt says there are no secrets or shortcuts to improving your fitness. Instead, all it takes to become an athlete is a lot of hard work.

Bolt’s workouts are typically 90-minute sessions that focus primarily on cardio and flexibility. Bolt also uses exercise that builds muscles, such as leg extensions, but he says that he tries to keep a leaner physique. While many men want to become bulky and buff, this can actually be a disadvantage for sprinting and many other sports.

In particular, Bolt focuses on developing his core and ab muscles. He uses reverse crunches, side sweeps, and side-plank clams to strengthen his core. All of these techniques are easily performed without equipment or machinery, making them great exercises to try in any environment (at home, in the gym, or on the go).

For Bolt, it’s important that his muscles are able to spring into action with maximum force in order to propel him forward in the shortest amount of time possible. In sprinting, this is essential to winning.

Bolt uses three types of lunging and jumping exercises to improve his strength: bunny hops, box jumps, and bounding. All three exercises involve jumping either vertically or horizontally and can be easily performed for people at any level of fitness.

Bolt also says that flexibility is important if you want to run fast. Research appears to back him up, too, with one study showing sprinters were faster after completing a flexibility-based training program. To increase flexibility, Bolt performs a number of workouts involving simple equipment, including cable pulleys and pull-up bars. He does hanging leg raises and cable knee drives.