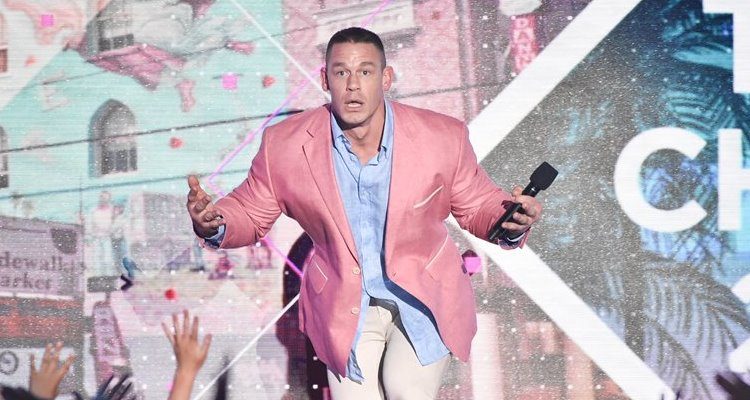 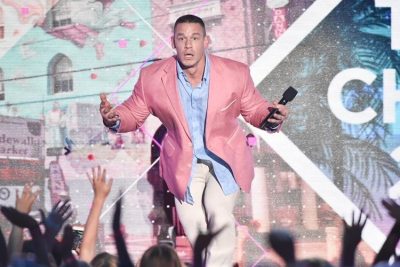 WWE superstar John Cena, 39, appeared on The Late Show with Stephen Colbert August 3 and shared what he eats to stay in wrestling shape.

What is the John Cena diet? Cena revealed that if it breathes or if it’s green, you eat it. In other words, Cena eats a largely plant-based diet with lots of green vegetables.

Cena and Colbert also talked about Cena’s acting career. Cena has appeared in movies such as Trainwreck, Sisters, 12 Rounds, and The Marine. Cena credits Dwayne “The Rock” Johnson for paving the way for other wrestlers to have acting careers. Johnson is a former WWE superstar whose last film was Central Intelligence. The 44-year-old Johnson is also currently on the TV series Ballers.

Cena is known for his amazing strength and bodybuilder physique. Cena must spend regular time in the gym to get his body in shape. The 6’1”, 251-pound wrestler has an intense workout regimen to keep up his appearance.

Never give up on your workout.
Pick up your @TapouT gear at @jcpenney.https://t.co/VWzNLaQPSL pic.twitter.com/BFHA2TG7EI

John Cena’s current workout plan focuses on different areas throughout the week to get his body into well-rounded shape. Cena has been working out with trainer and long-time friend Rob MacIntyre for many years. Cena focuses on a workout routine that allows him to keep his impressive muscles while also improving his resistance to injury and athleticism.

The WWE superstar hinted that he eats lots of green vegetables. That being said, what exactly is John Cena’s current diet plan? Cena knows that it takes more than just exercise to get his super-fit body. Proper nutrition is very important—food is fuel for the body, after all.

What does Cena eat in a typical day? Cena eats several times throughout the day. For breakfast, the wrestler has oatmeal with applesauce and raisins, along with two whole eggs and six egg whites. After his morning workout, he eats a protein bar.

Cena’s lunch is brown rice, vegetables, and two chicken breasts. He then has afternoon snacks of whole-wheat bread with tuna and a protein shake with a banana.

Cena’s dinner is brown rice or pasta with vegetables, salad, and fish or chicken. After dinner, Cena has some low-fat cottage cheese with a casein protein shake.

John Cena may joke about his diet on The Late Show with Stephen Colbert, but his diet and exercise plans are very intense. It’s no wonder why Cena has had so much success in the WWE universe.