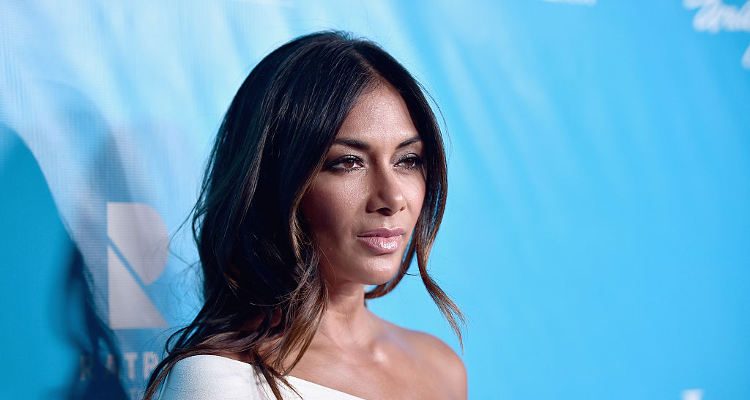 X-Factor judge and former Pussycat Dolls singer Nicole Scherzinger showed off her toned abs this past Sunday in London, when she stepped out in a racy black cat suit that not only showed off part of her abs, but some of her side chest as well.

The singer is no stranger to wearing revealing outfits because that’s basically all she wore when she was a singer in the all-girl band that rose to fame with hits such as “Buttons” and “Don’t Cha.”

In the last episode of X-Factor, Ryan Lawrie was sent home, and to much surprise Honey G was still standing. But that upset didn’t stop Scherzinger, 38, from hitting the town in London and making everyone forget about it by focusing on her incredible figure. Honey who? Many viewers are threatening to boycott the show because of how far Honey G has advanced in the show.

So how does the Hawaiian beauty get that bikini body? In an interview with Express.co.uk, Scherzinger said that “I don’t follow a strict diet. I honestly believe in having everything in moderation and don’t deprive yourself; you can treat yourself to truffles and pasta, but in moderation.”

One of her favorite snack foods is Muller Corner yoghurts. She doesn’t worry about what she eats because she knows it will all work out in the end because of her, well, workouts. The former Pussycat Doll’s one key tip for maintaining her svelte figure is eating smaller portions.

“My healthy diet tips would be to try to eat smaller portions, but eat often. I would also say to avoid eating late at night so your body has time to digest before you go to bed.”

The X-Factor judge always tries to eat fresh food whenever possible and avoids preservatives. Eating things that are clean is her philosophy for food. Another trick she has is to avoid filling her house with bad snacks “as I know I’d always go for those if I’m hungry.” And she’s right.

If it isn’t within reach, it won’t make it into your stomach, so best to not even have it in the house. Instead, stock the fridge with plenty of fresh fruit and vegetables for when the munchies settle in.

As for working out, if time is an issue, she will run (though that takes time too so we aren’t sure what she means). But when she does have time? “When I have time I love to do spinning or have a PT session. If I don’t have time to work out but want to do something active, I always run.”

Her typical workout session at the gym involves a run on the treadmill for about 20 minutes, then squats, sit-ups on the exercise ball, and some yoga stretches. When she’s home, she likes to go to classes, including SoulCycle spinning classes and a modified version of Bikram yoga (hot yoga). The key to her success in the gym is mixing it up. Working out with her girlfriends is something she loves to do because they motivate each other to push on.

Scherzinger is honest about how much she loves food. For breakfast, she enjoys eggs and toast and smoked salmon or bacon, or sometimes a simple porridge. Her indulgence foods include pasta, pizza, and Mexican with lots of cheese. Oh, and don’t forget the French fries—those are on her list too. But when you work out regularly, it is a totally doable cheat day treat.