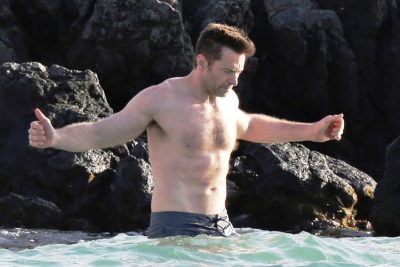 Hugh Jackman has to be in amazing shape to play superhero Wolverine in the X-Men films, and he uses an intense workout regimen to pack on muscle. Jackman has played the most famous X-Men character for over 15 years, and he isn’t getting any younger. To keep his buff body, Jackman works out extensively in the gym.

Jackman shared several pictures on his Instagram account, showing parts of his workout routine. He uses bench presses, deadlifts, squats, and other types of powerlifting during his workouts, all of which target several muscle groups to help him bulk up. However, Jackman doesn’t just focus on getting bigger; according to Jackman’s trainer, getting “ripped” (that is, improving muscle definition) is just important for Jackman’s physique. He also begins and ends many of his training sessions with 10 minutes of cardio, which helps keep his body toned.

Diet is also important for Hugh Jackman. When he’s preparing to play Wolverine, Jackman eats over six meals a day, to help fuel his workouts and build muscle. By splitting up his meals and eating more frequently, Jackman can keep his energy levels stable and avoid overeating. In particular, Jackman eats a lot of high-protein foods from natural sources, including lean meats. He also supplements using protein powders and shakes, taking them both before and after workouts.

Jackman also avoids eating processed foods. His trainer says that any food that calls itself “fat-free” is avoided, as it’s likely processed. Instead, Jackman eats more natural foods, which can include meat, vegetables, and fruit.

Instead of having a lot of coffee, soda, or alcohol, Jackman mostly sticks to drinking water; staying hydrated is important during workouts. It can also help satisfy hunger cravings by keeping you feeling full.

For Jackman, regular exercise is important for his career. He reprised the role of Wolverine in a cameo in this year’s X-Men: Age of Apocalypse and he’s also set to play the character in a third installment of the Wolverine solo films. So if you want the ripped, muscular physique of Wolverine and Hugh Jackman, try cutting out processed foods and eating lean protein to fuel your workouts!