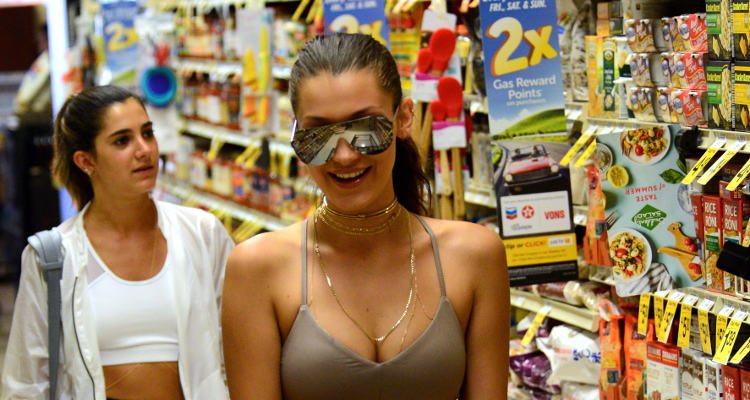 The mom of three has made her struggles with the illness public, documenting every step of her journey on social media. It is one thing to suffer with an illness and quite another to witness your children going through the same pain. It’s admittedly a challenging circumstance for Hadid and her family, but they are trying to stay as positive as possible while they find a cure for this debilitating and misunderstood disease.

Bella Hadid is known for her striking beauty as a model, so it’s hard to imagine how someone so glamorous deals with an autoimmune condition with no known cure as of yet. How does Bella Hadid deal with her Lyme disease?

Bella Hadid shares her journey with Lyme disease on Snapchat with her fans, giving them a glimpse into her “everyday” life. There is no runway or fancy and luxurious atmosphere around the model – instead, she shared a photo of herself hooked up to an IV machine in her home.

Lyme disease is a tick-borne illness which causes symptoms like headaches, skin rash, chills, fever, numbness and tingling, fatigue and swollen lymph nodes in the armpit and stomach.

It has effected Hadid in insidious ways since she was diagnosed in 2012 – first with memory loss and brain fog, then with feeling too sick and fatigued to do the things she loved like riding and taking care of her horse.

The current model had aspirations of competing in the equestrian events at the Rio 2016 Olympics and also to become a professional horse rider, but she had to relinquish those dreams because of the severity of her symptoms. Her focus now is to make a mark in the modeling industry to the best of her ability, and it’s safe to say that she’s doing a great job so far.

At just 19 years old, Bella Hadid is one of the faces of Calvin Klein. She was also ranked as one of the top 50 models by Models.com in June of this year and her appearance at the 2016 Met Gala left a striking impression. She also walks some of the most high-end fashion runways including Fendi, Christian Dior and Chanel.

Out of her three children, Yolanda Hadid’s daughter Gigi Hadid is the only child who was not diagnosed with the illness. Gigi admits that it’s difficult being the only one who doesn’t truly understand. Not being through it herself, she sometimes struggles to be a beacon of strength and hope for her family, but she does her very best.

Although the details of Hadid’s Lyme disease treatment is not known, it’s not a stretch to assume that she made some dietary and lifestyle changes and maybe even misses some of her mom’s homemade cooking. Since her mom is so focused on beating this disease, she is going to great lengths to optimize her health.

However, about a month ago, Bella Hadid posted a photo on her Instagram, which appears to be a sushi meal – so it looks like she is still able to eat some of the food she loves and enjoy her life, despite her struggles.