Home > Health Conditions > How Your Lifestyle Changes Your Genetic Make-up 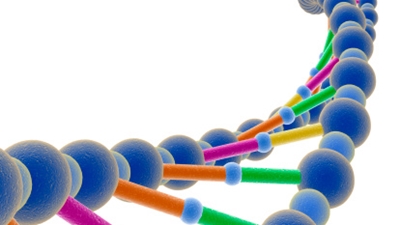 Can what you eat and how you act affect the way your genes work? The answer to this question is a resounding (and perhaps surprising) YES!

A recent study that looked at the effects of a diet, exercise, and stress-reduction program on subjects after one year indicated that not only were there positive changes in risk factors for chronic diseases but their diet also affected how their genes were expressed.

The research looked at the effects of a strict cardiovascular risk-reduction program in 63 high-risk subjects who were matched with 63 people in a control group. At the beginning of the study, these subjects had at least two or more risk factors for cardiovascular disease.

The subjects were asked to follow a vegan diet, perform at least 180 minutes of moderately-paced cardiovascular exercise every week, participate in one hour of stress-management daily, and attend weekly support meetings.

After a one-year follow-up, the group who followed the lifestyle intervention program experienced a drop in hypertension rates from 41% to 17%, a decrease in obesity from 60% to 37%, and a drop in blood fats from 54% to 37%.

The researchers also discovered some surprising information: the people who made lifestyle changes also showed changes in the way some of their genes were expressed! In fact, the genes that affect immune response and inflammation were actually turned off! The researchers think this can explain why the participants in the lifestyle group saw dramatic health changes, including a lower risk of diseases.

The control subjects, in contrast, who did not participate in a lifestyle program, did not experience any improvements in risk factors or any changes in gene expression after 12 months.

This study indicated that subjects who were at a high risk of developing cardiovascular disease or other chronic diseases like diabetes could effectively influence genes responsible for the inflammatory response by turning them off. These participants also decreased their risk of cardiovascular disease by reducing the effects of insulin resistance.

Even if you are at an increased risk of serious disease, lifestyle changes similar to those mentioned in this study can reduce the risk of serious medical conditions by the control of gene expression and other direct influences.