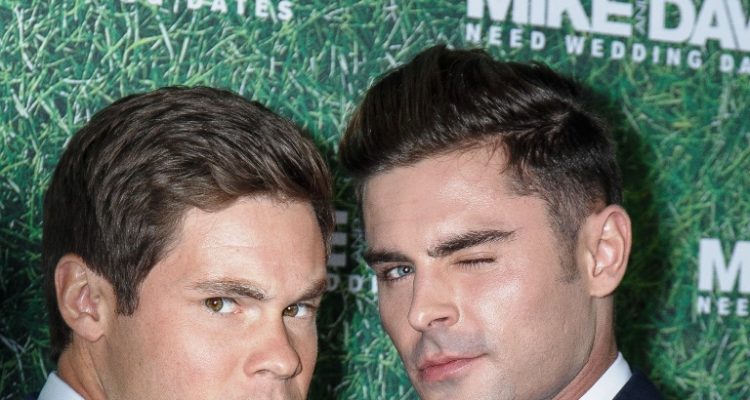 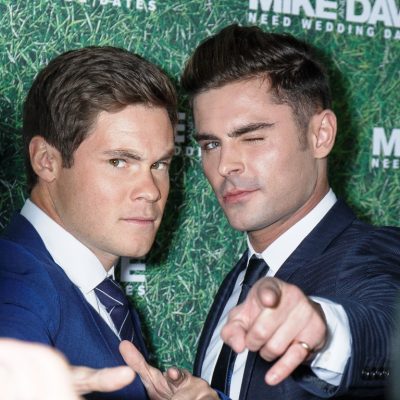 Zac Efron and Adam DeVine new movie, Mike and Dave Need Wedding Dates, was released earlier this month, and the two are actually great friends who hang out off-set.

An Instagram post on Efron’s account indicates shows the two actors enjoying veggie spring rolls while at the movies. In the film, the two play wild and crazy brothers who, in an attempt to be civilized, find themselves outmatched in said craziness by their new wedding dates.

Zac Efron Inspires Adam DeVine to Get in Shape

Adam DeVine, of Pitch Perfect and Modern Family fame, started training last year to get in shape to shoot Mike and Dave Need Wedding Dates. And he didn’t have much time; only three months. He wanted to get his body looking as good as it could in that short time because the movie was shot in Hawaii and he and Zac Efron would have their shirts off for much of it, according to DeVine.

Efron was a definite inspiration for DeVine who wanted to look good standing next to his costar. Efron himself has also been training for his upcoming Baywatch film, in which he co-stars with Dwayne Johnson.

Veggie spring rolls probably weren’t part of the allowed food list on DeVine’s diet plan while he was training and getting fit for the movie. Neither were tacos. DeVine said that he’d have to eat as many tacos as he wanted before training started because his life was going to change considerably once he started his new fitness regimen.

Adam DeVine used Chris Pratt’s trainer, who, for Jurassic World, sculpted Pratt’s body into amazing shape for Jurassic World. DeVine admits that his desire to shape up for Mike and Dave Need Wedding Dates has everything to do with vanity. He didn’t want to be the “fat guy” standing next to the incredibly fit Zac Efron.