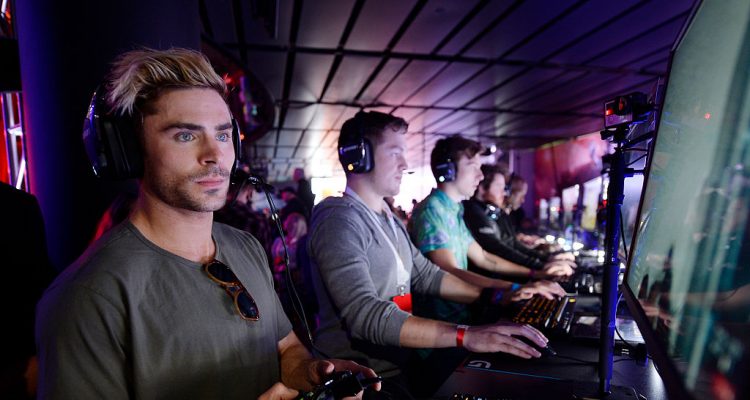 Dwayne “The Rock” Johnson didn’t have to spend overtime in the gym getting ready for this role, because the actor was already in shape from playing many other roles that required him to be exceedingly buff and muscular, including his regular stint in the Fast and Furious franchise, not to mention playing Hercules in 2014 in the movie by the same name.

Efron, on the other hand, though well-defined really actually incredibly fit, did have to work out a bit harder to ensure he was beach ready, and for scenes that basically required he be shirtless probably 80% of the time (if we were to take a fair estimate). Efron’s trainer for the movie, Patrick Murphy, says the actor reached 5% body fat after 12 weeks of training. That’s impressive.

How to Train Like You’re in Baywatch, Efron Style

Efron’s training evolved as he went, as is the case when people train very hard like he did. Below is a similar workout Efron did as condensed by Murphy. It is a three-day split, working the back and biceps on one day, the legs another, and then the shoulders, chest, and arms on the third day. Abs don’t get a special day, but are worked on a bit here and there.

It was important that Efron be able to perform like a lifeguard and not merely look as good as one. This meant that some of the exercises he did were intense, so he could build speed and agility, as well as help him build muscle.

Each workout should be done once a week, with rest one day between each session. This is what the three-day workout Efron did looks like:

Another trainer Efron works with but not for any specific role is Ramona Braganza, a celebrity trainer who has worked with many stars, including Jessica Alba. The program Braganza gets her clients to do is called the 3-2-1 method, and is made up of three parts:

The three segments are done as a circuit with each segment lasting 10 minutes, give or take depending on ability. Efron says that right now he is probably the physically strongest he has ever felt.