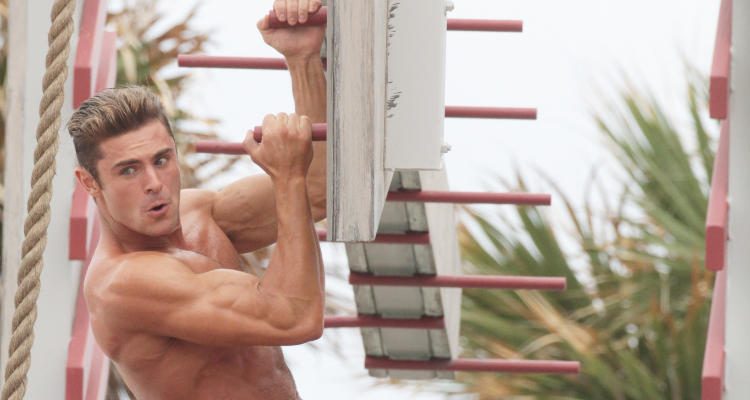 When you hear Baywatch, most people immediately think of the iconic red one-piece swimsuit, a life board and a bunch of really attractive lifeguards running on a beach with little clothing. Well, expect to see much of the same in the new film, as Zac Efron and Kelly Rohrbach are working extra hard on their fitness to look incredible in their swimsuits. Here is a look into the workouts they did to prepare.

Zac Efron made a remarkable body transformation for his role in the beach flick. He worked alongside personal trainer Patrick Murphy, and after just 12 weeks of training, Efron got down to a mere five percent body fat.

That is very hard to do; but Efron succeeded, and that’s how he became so shredded. Efron was guided by Murphy through workouts that were split up into three days of rotating exercises.

One day Efron would target his biceps and back, while another day was shoulders, chest and arms; to top it off, on the third day he’d focus on his legs.

He’d also target his abs a little bit every single day. He followed what is known as “supersetting,” which basically gets Efron doing two exercises, one after another without a break. This increases cardio and burns more calories, plus it increases circulation and builds better muscle mass. Efron gained 18 pounds of muscle during his training!

Some exercises that Efron did allegedly included:

Efron’s co-star Kelly Rohrbach has also been working very hard. The 26-year-old Sports Illustrated model has been photographed working out on the beach with her trainer, exercise band and weighted ball in hand.

Muscle contest with @therock …. I feel like I won. #BAYWATCH baby!

It’s reported that Rohrbach is doing a lot of strength training, focusing on her arms and legs. She’s also doing cardio by jogging on the beach. Cardio is a great way to increase your heart rate and circulation and shed excess weight. She will be playing C.J. Parker, a role originated by Pamela Anderson, in the film.

The diet for both actors is unknown, but it’s safe to say that both are sticking to healthy whole foods, fruits, vegetables and protein. It’s also important to drink plenty of water while training or doing intense workouts to keep hydrated. Both actors also have rest days where they are able to recover their muscles and integrate all their hard work.