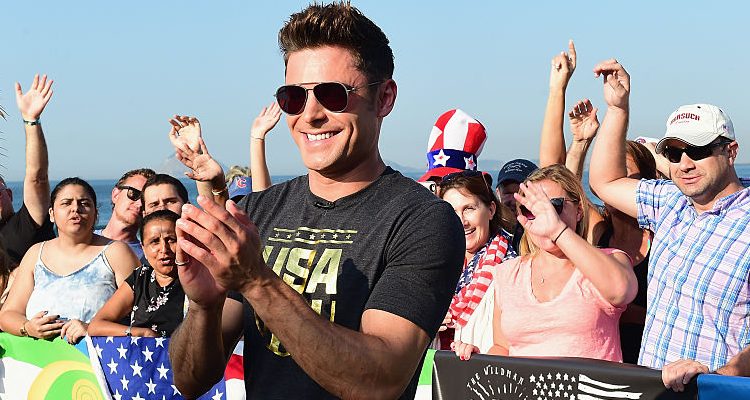 Zac Efron and Dwayne ‘The Rock’ Johnson will be starring side by side in the upcoming film reboot of the television series Baywatch. While Johnson is a fitness fanatic and has been working out regularly for nearly his entire career, Efron needed a little help to get his abs and body ready to don the iconic red shorts. Find out how the High School Musical alum got ripped for his role as an official Baywatch lifeguard below.

To increase his muscle mass and get rid of excess body fat, Efron worked with personal trainer Patrick Murphy, whose clients include Keanu Reeves, Ruby Rose, Mario Lopez and Jennifer Lawrence. With Murphy’s guidance, the actor was able to get down to just 5% body fat in only 12 weeks. So how did he do it?

The secret lies in supersetting – or completing two exercises one after another with no rest period in between. Supersetting allows your workout to be completed faster, and the constant movement works as cardio to help burn fat at the same time you are building strength. Efron worked out three days a week, using each day in between to rest.

For example, on the first day, he would perform 3 sets of 8-12 straight-arm pulldowns, followed immediately by 3 sets of 8-12 ab wheel rollouts. This made up his first superset of the day and it is important to note that exercises are alternated in each superset. This means that Efron would complete 1 set of 12 straight-arm pulldowns, then immediately start his first set of ab wheel rollouts, followed by a 60 second rest. This pattern was repeated 3 times to finish his daily reps of both exercises.

In order to keep his body fueled properly while working out so intensely, Efron needed to follow a meal plan that was created by his trainer Patrick Murphy. The diet was organic and whole food-based and included lean proteins like chicken breast, egg whites, turkey breast and pork loin. Complex carbohydrates were also added in the form of whole grains like brown rice, quinoa, and oats. Efron took in healthy fats from nuts, seeds, and avocados, while munching on fiber-filled snack like apples and berries to keep him fuller longer.

While Zac Efron was never really out of shape, he definitely upped his game with the help of Patrick Murphy as his 12 week transformation shows noticeable muscle gain as seen in the trailers for Baywatch.