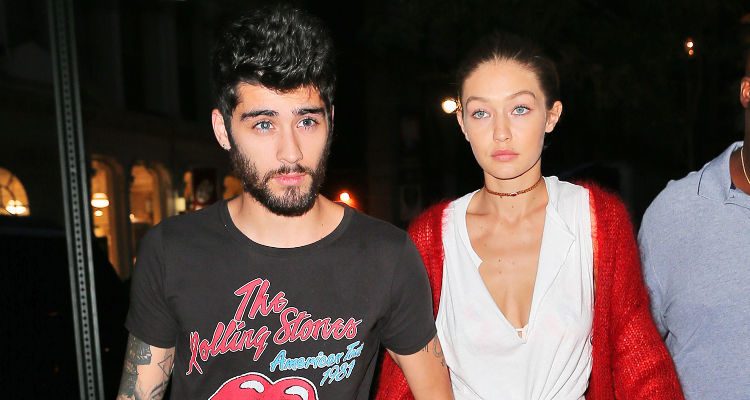 Zayn Malik and Gigi Hadid make a super cute, “celeb status” couple. Although the former boy-bander suffers from anxiety due to leading a life in the public eye, Malik manages the condition with a healthy lifestyle.

The 23-year-old “Pillowtalk” singer shared with High Snobiety that he hates being referred to as a celebrity because it alludes to the idea that he is superior to other people, and he thinks that’s a dangerous road to go down. Do you think he has a point?

There are so many celebrities that have been put on pedestals over the years. The public associates them with their image and brand more often than they do with the person they are. Unfortunately, this doesn’t leave much room for someone to make mistakes, which can cause anxiety. Let’s find out how Malik maintains a healthy lifestyle.

Apparently, Zayn Malik felt a lot of anxiety when he decided to leave One Direction and begin his career as a solo artist. Although he admits that leaving the group made him feel “free” and able to express himself individually, he worried whether he would be accepted as a solo artist. His first single, “Pillowtalk”, has over 600 million views on YouTube, so it’s safe to say that he is doing well. His relationship with Gigi Hadid, one of the most famous models of this generation, also contributes to desirable image.

Malik goes on to explain that he doesn’t want to be a one hit wonder, so there is still tons of pressure. Perfectionism and feeling a sense of pressure to perform to expectations can create a lack of self-acceptance and fuel anxiety disorders – especially when you’ve got an international audience!

To stay healthy mentally and physically, Malik adheres to a fitness routine. He is allegedly a little extreme when it comes to his exercise. He is down to zero body fat, which is quite shocking to some people. He reportedly achieved no body fat by running every day –great for cardio and fat burning.

While he was still part of One Direction, the band’s chef would prepare them healthy and low-carb meals. Malik is naturally thin and tries to stick with a moderate caloric intake. They also did strength training as a group with exercises like boxing and circuit-training workouts.

Although Zayn Malik’s current diet and workout routine is unknown, it’s not a stretch to assume that the singer keeps his lean build by sticking to healthy whole foods and continuing to do cardio. According to a Star magazine source, Malik was the most emotional of the One Direction band and felt the pressure of fame more than the other bandmates.

His recent interview with High Snobiety suggests that creative expression is a healthy outlet for the singer’s emotional nature, so it is likely helpful in managing his anxiety, too.

If you are suffering from anxiety, like Zayn Malik, you may want to try breathing exercises, yoga, meditation and healthy eating to help manage your symptoms. Finding a community and social network of support, along with talking to a therapist, can help.