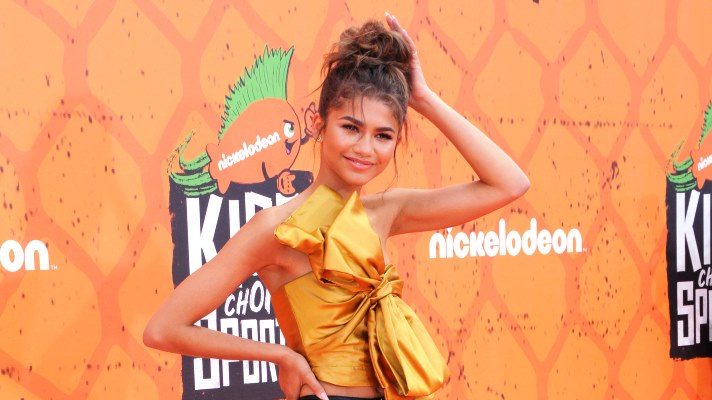 Zendaya is many things: a dancer, actress, fashion icon to many, singer, designer, and even social activist.

The 20-year-old Disney star is one busy woman, so what keeps her fueled throughout the day?

Best Known For:
Her performance on sitcom Shake It Up as Rocky Blue.

Keep in mind she’s still very young, so she can get away with a lot more diet-wise than, say, a 30 or 40-year-old can. Nonetheless, there are some good choices being made.

There is talk that Zendaya has been cast as Mary Jane Watson in the upcoming Spider-Man: Homecoming movie, which might impact her dietary and fitness choices down the road.

So what does Zendaya’s diet plan look like? To be honest, the young star doesn’t really follow any set plan. Not surprising at her age.

Young people’s metabolisms tend to burn faster, and they’re often able to eat anything they want without many repercussions – namely weight gain.

Internal health might suffer, but the more superficial type, appearance, doesn’t tend to alter based on what teenagers eat. And Zendaya seems to be no different. Just take a look at this run-down of what she seemingly eats.

For starters, burritos are part of Zendaya’s meal plan; she claims it is her favorite food. Overall, a burrito can be part of a healthy diet if the ingredients within are fresh and lean.

To make a nutritious burrito, use lean chicken, lettuce, sodium-reduced salsa, low fat sour cream, and go easy on the cheese. Opt for fresh green peppers and onions as opposed to those sautéed heavily in oil.

If you must, a quick sauté in a tiny bit of olive oil is an option. Raw vegetables are far more nutritious than cooked vegetables.

Zendaya is a vegetarian “who doesn’t like vegetables too much” which, as she knows, makes being one challenging. Fortunately for her, she does enjoy a fresh rice salad that has some vegetables in it (recipe below).

If you are like Zendaya and don’t have a taste for vegetables, try slipping them in to other dishes, such as a salad, or soups and stews.

It is important to get a few servings of vegetables a day for proper health. Other foods she loves are ramen noodles in broth and sugary breakfast cereals.

Her favorite dessert is coffee ice cream, and she doesn’t like syrup on her pancakes (so we know she eats those for breakfast sometimes).

Her biggest fitness tip to fans is to find something that is fun to do. For her, that’s dancing and doing fight choreography; so that’s how she gets her exercise.

For example, her mom, she says, doesn’t like working out at the gym but loves going to spin classes two to three times a day, and even loves taking a hot spinning class (she must be crazy fit!).