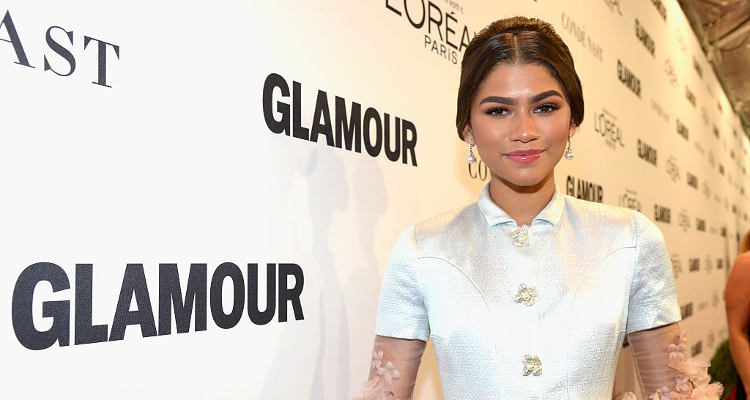 Zendaya can do it all. The 20-year-old is a singer, actress, dancer, writer, and also has her own clothing line. On December 7, she even showed off her boxing workout on Instagram while in a grey tracksuit, and used the caption: “Oozing sex appeal.” Could this have New York Giants superstar receiver, Odell Beckham Jr., interested?”

When you drag yourself….??Me trying boxing video up on my app now

Beckham Jr. and Zendaya were rumored to be dating at the beginning of 2016, when they were seen getting close at a Grammy after-party in February. The two even posed arm-in-arm on the red carpet. Zendaya’s dad, Kazembe Ajamu Coleman, was present the entire time, and later said that if his daughter was on a date he wouldn’t be there.

Zendaya later said that if a guy can handle her dad the first time then he’s worth giving time, but if not, then she won’t waste her breath. Odell Beckham Jr. was later linked to other Hollywood stars, including Demi Lovato, Karrueche Tran, and Khloe Kardashian.

The pair sparked those dating rumors again at a New York Knicks game on Nov. 28. Zendaya’s mother Claire were laughing and joking that they had the same hair color. It certainly didn’t seem as though Beckham Jr. was meeting Zendaya’s mom for the first time.

According to Zendaya, the meeting at the Knicks game with Beckham Jr. was just a coincidence, and the NFL star just happened to be there.

Zendaya is certainly playing it coy; however, if there was a relationship interest, could you really blame Odell Beckham Jr.? After all, Zendaya looks stunning, due to her intense workout and healthy diet plan. Let’s take a brief look at how Zendaya exercises and eats on a daily basis.

As a dancer, Zendaya also loves dancing. The Disney Channel star is known for her roles as Rocky Blue in Shake It Up (2010-2013) and K.C. Cooper in K.C. Undercover (2015-present). In Shake It Up, Zendaya danced and performed several songs for the sitcom TV series.

In 2013, she became the youngest cast member on ABC’s Dancing with the Stars, and was even named the runner-up of the competition at 16 years old. Also in 2013, Zendaya released her self-titled debut album.

What Does Zendaya Eat on a Regular Basis?

The five-foot ten-inch beauty will complement her exercise routine with a healthy diet that excludes junk and processed foods, and she mostly eats a vegetarian diet. Zendaya’s diet includes lots of fresh fruit and vegetables.

For breakfast, Zendaya eats a two-egg omelet, grain wheat bread, and a glass of squeezed orange juice. For lunch, she will consume fish with olive oil and green vegetables. For snacks, she eat lots of raisins, almonds, and pistachios. Some of her other favorite meals include burritos, rice salads, cereal, and ramen noodles in broth.

In 2017, the actress will be upping her acting game. Zendaya will be making appearances on the big screen with movie roles in Spider-Man: Homecoming and The Greatest Showman.