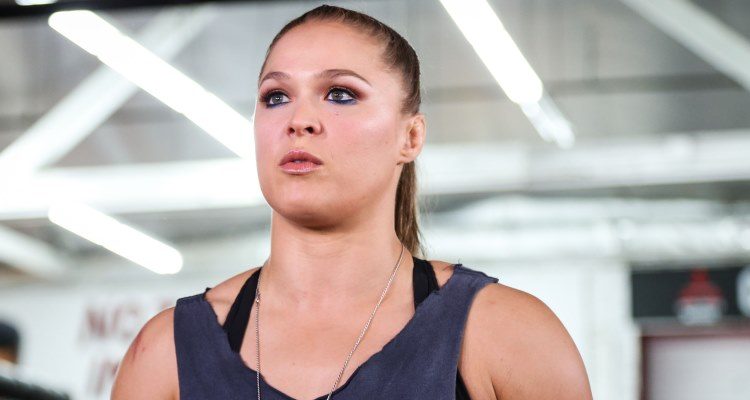 First UFC Women’s Bantamweight Champion and also an Olympic medal winner in Judo at the Summer Olympics in Beijing, 2008.

UFC Champion Ronda Rousey is strong and fit. She’s a great example of a powerful woman. So what is the Ronda Rousey’s diet plan? And what is Ronda Rousey’s intense workout and training before a fight?

The diet consists of eating whole foods in order to build and preserve muscle and speed up recovery time.

She also drinks up to two gallons of water per day to stay hydrated due to intense training. She has also shared that her diet is more about getting in appropriate nutritional intake and nourishment versus the food tasting good.

She doesn’t mind however, as the diet keeps her full and satisfied. She wouldn’t want to feel hungry while doing such rigorous training. Not to mention, it’s imperative that athletes get in proper nutrition, vitamins, minerals, proteins, carbohydrates and healthy fats to rise to their optimal performance.

Mixed martial arts champion Ronda Rousey has to follow an intense workout regimen in order to perform optimally during a fight. You might be surprised that Rousey doesn’t lift any weights! Instead, she does circuit training.