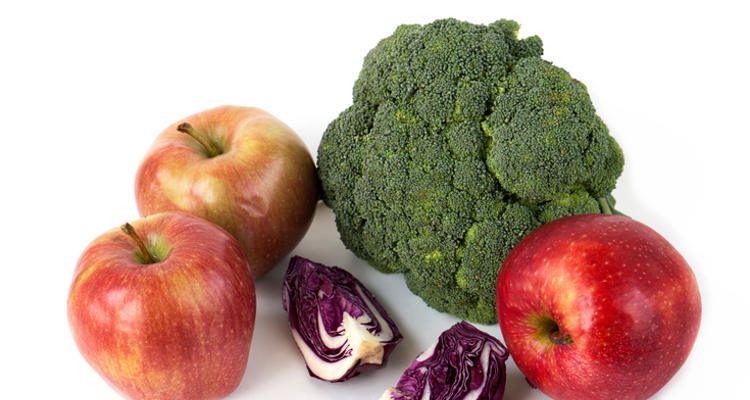 When people hear the word histamine, they generally think of seasonal allergies, runny nose, sneezing and coughing. Health professionals are discovering more about this organic compound and its impact on the body, and finding that much has previously been undiagnosed and widely overlooked.

Histamine is a chemical that is involved in the immune system, the central nervous system, and is also used for proper digestion. As a neurotransmitter, it sends important messages from the body to the brain.

Histamine’s role in the body is to cause an immediate inflammatory response to serve as a red flag in your immune system, notifying the body of any potential attackers. A histamine response causes blood vessels to swell or dilate so that the white blood cells can quickly find and attack the infection or problem.

The histamine buildup is what gives symptoms of a headache, itchiness, or leaves you feeling flushed. This is a natural part of the body’s immune defense, but if histamine is not broken down properly, that is when histamine intolerance occurs.

Because histamine travels through the bloodstream, histamine can affect the gut, skin, brain, lungs, and entire cardiovascular system, contributing to a wide range of problems that make it difficult to diagnose. Some problems could include, headaches/migraines, hives, vertigo or dizziness, hypertension, tissue swelling, nasal congestion, and many other complaints.

Just like over the counter antihistamines, foods that fight inflammation block histamine activity and help stop the allergic reaction, slowing down histamine production. When the correct foods are ingested, the specific antihistamine properties in the food work as a natural antihistamine and are put to work to combat the inflammation, therefore lowering the symptoms associated with the response.

For some, it may be an outbreak of eczema, while others may experience chest pain and a racing heart. All these conditions can be traced back to inflammation caused by high histamine levels in the body.

Foods that contain high levels of quercetin, which is an antioxidant found naturally in produce, are known to reduce inflammatory response caused by histamines. Vitamin C is also another natural antihistamine that is present in many fruits and vegetables. When looking at what antihistamines do, simply put, they prevent histamines from attaching to your cells and causing symptoms. 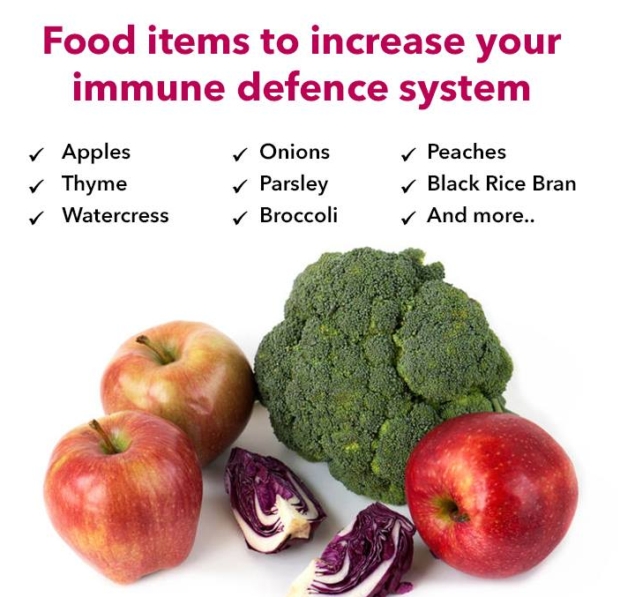 Rich in histamine-lowering quercetin, this fruit can stop the development of allergies that would have eventually led to inflammation in the body.

This herb has been shown to inhibit anaphylaxis, a histamine response in the body, as well as displaying anti-inflammatory and anti-bacterial properties.

Considered one of the most nutrient-dense plants, watercress was shown in one study to inhibit 60% of all histamines released from mast cells.

Incredibly nutritious and an important prebiotic, onions have been shown to release and stabilize mast cells, and even lower histamine levels in blood plasma.

This popular food garnish can repair damage to the mucosal lining of the stomach, is anti-inflammatory, and can repair liver damage. It also prevents histamine release when the body feels under a histamine attack.

A good source of vitamin C, broccoli is an easy-to-find antihistamine and is a perfect solution for treating stuffy nose and other symptoms of allergies brought on by inflammation.

It is a true superfood and is a particularly rich source of the flavonoid kaempferol, which is why it is such a potent anti-inflammatory.

This sweet, juicy fruit has been proven to inhibit mast cells derived from allergic inflammation. Stopping the histamine response in cells is the first line of defense in stopping inflammation in the body.

Believed to have many notable health benefits, researchers found that a 10% diet of black rice reduced inflammation and inhibited the release of histamine from mast cells by approximately 32% in a study published in the Journal of Agricultural and Food Chemistry. (1)

A powerful spice that inhibits anaphylactic shock histamine response, prevents histamine release, and stabilizes mast cells. It is known as an anti-inflammatory and anti-tumor wonder spice.

This natural antihistamine for allergies is also anti-inflammatory and works as an antioxidant. It is an all-around fighter in keeping a body healthy and free of histamine overreaction.

Related: 14 Reasons Fennel Tea is Good for You

Fish is a great food to fight inflammation. That being said, it must be fresh.

Fish contain high amounts of histamine unless they are freshly caught because they are naturally higher in the amino acid histidine, which bacteria can turn into histamine.

These deep red fruits contain polyphenols that are higher in antioxidants than many other foods. Studies show that pomegranates act as mast cell stabilizers and lower inflammation.

This delicious root has the ability to substantially reduce inflammation and inhibits allergic reactions. Studies show that ginger also acts as a mast cell stabilizer.

A member of the mint family, this herb has powerful healing leaves that significantly lower inflammation in the body.

This tasty, highly nutritious food has been shown to be one of the highest antihistamine type foods.

The root vegetable contains a diverse range of vitamins, minerals, phytonutrients, and antioxidants that stop the histamine response in cells.

This grain substitute is very high in phytosterols, which makes it both anti-inflammatory and heart protective. Consume this food to avoid inflammation caused by a histamine response in the body.

A natural antihistamine for allergies, the flavonoids in peppermint have been found to have a potent effect on histamine intolerance from mast cells.

Typically consumed as tea, nettle has been shown to be a powerful antihistamine food and mast cell stabilizer. Drink this tea when a histamine response is first felt.

This anise-flavored herb is one of the richest anti-oxidant food sources amongst herbs. Studies show that tarragon stabilizes mast cells and that the herb is an antihistamine.

Histamine Intolerance: How to Manage Your Diet

One of the best ways to handle a histamine intolerance is by trying an elimination diet. Try to cut out high histamine level foods and incorporate more antihistamine foods that fight inflammation.

This elimination diet will help reduce the chance of a histamine response from foods, and combat inflammation with antihistamine foods. Abiding by these guidelines, you will notice a positive change after about 4 weeks.

A food diary is essential in managing an elimination diet. Track all foods that have been cut from the diet, and those which have been added.

This will help track the antihistamine response developed. Each person is different and some may have a reaction to certain types of foods, while others may not. It is easy to include most antihistamine foods into a diet when meals are prepared fresh, and processed foods are cut out.

No matter what is causing histamine intolerance, consuming any of these foods that fight inflammation may help with your symptoms.

When histamine levels get too high, the end result can mean a serious disruption to your quality of life. Keep this list of antihistamine-rich foods as a reference in case of a histamine intolerance flare up.

This inflammatory disorder is a serious condition and must be handled as such. When there is a histamine response, there will be inflammation, but with this antihistamine food list, you will be well equipped to handle your health condition.

Do consult a doctor in case you do not notice any change even after consuming these foods for a couple of weeks. A doctor can detect allergies or any other health conditions and prescribe antihistamine medications if required.

The 4 Best Foods that Fight Allergies