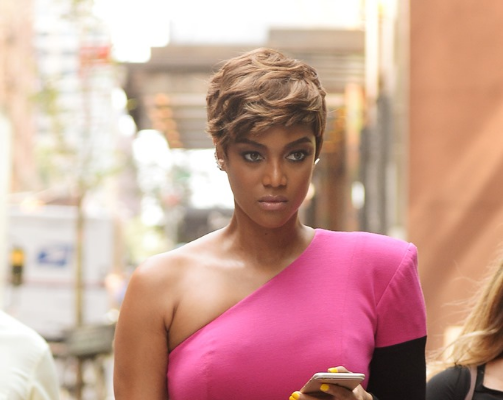 Working with Victoria’s Secret as an angel and posing for the Sports Illustrated Swimsuit Issue.

Supermodel Tyra Banks is one hot mama—especially with long-time boyfriend Erik Asla by her side. She’s been in the business for over 25 years and has maintained her photogenic looks by following a healthy diet plan and a fitness and workout routine.

Banks was known as an outspoken judge on her hit show, America’s Next Top Model, and as a former Victoria’s Secret model, she is nothing short of fierce. Having a wildly successful modeling career is no easy feat, but Banks makes it look effortless.

Even though she has struggled with her weight in the past, Banks has achieved weight loss by following a consistent, realistic fitness regimen—not through fad dieting.

Banks was the first African-American woman to appear on the cover of the Sports Illustrated Swimsuit Issue, despite being constantly rejected at the beginning of her career because of her curvy figure.