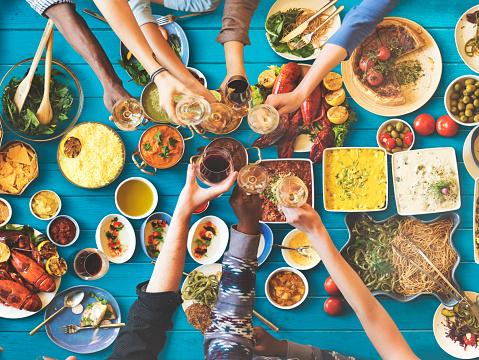 The study authors concluded that fat content is not a good way to determine the quality of a diet.

For those of you who are thinking about following the Mediterranean diet and want some more evidence that it is effective at lowering your disease risk, you will be happy after reading this.

A new study from the Harvard School of Public Health has determined that not only can the Mediterranean diet lower the risk of cardiovascular disease in older adults, it can do so in younger adults too!

This study was the first of its kind to assess the effects of this type of diet on a group of younger adult workers living in the U.S. In this case, the subjects were young adult male firefighters. This demographic was specifically chosen because young adult firefighters are known to have an increased risk of obesity and cardiovascular disease.

In this study, the researchers assessed the diet, lifestyle, and medical data from a group of 780 male U.S. firefighters. They developed a special Mediterranean diet questionnaire to measure adherence to the diet and analyze what these men were eating.

The purpose of this study was to find any relationship between this type of diet and the development of cardiovascular risk factors like metabolic syndrome, obesity, and blood cholesterol levels. The study subjects were not placed on any type of diet or asked to eat a certain way.

The Mediterranean Diet and Weight Loss

The researchers found that the subjects who had the highest BMI (body mass index) were much more likely to have a lower Mediterranean diet score. They were also more likely to consume fast foods and sweetened beverages like soda with their meals.

In contrast, those who had the highest Mediterranean diet scores were the least likely to gain weight over a five-year period.

The Mediterranean Diet and Metabolic Syndrome

There was also an inverse relationship shown between those with the highest Mediterranean diet scores and the development of metabolic syndrome, a pre-diabetic condition associated with a much higher risk of cardiovascular disease.

“The study shows that promoting Mediterranean-style diets could have significant health benefits for young, working populations,” said the study’s author. “The logical next steps from our investigation are studies using the workplace to specifically promote Mediterranean dietary habits among firefighters and other U.S. workers.”