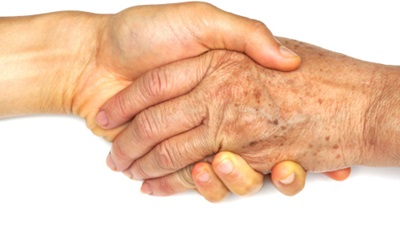 We all want to look and feel younger as time progresses and there are many of us who also understand the strong link between your diet and disease. Is there a relationship between what you eat and how young you look?

Well, I am not ready to say that certain foods can cause you to look a certain way. What I can say, however, is that some foods can certainly disrupt your physiology in a way which causes damage to your cells, leading to premature aging.

Eating fried foods is definitely not a good idea if you want to look younger—that’s because along with the fried food, you’re eating deep-fried oil. The oils are subjected to high levels of heat and oxygen during this period,which causes a chemical alteration of the fatty acids in the oil from cis to trans.

Trans fatty acids are particularly dangerous as they can increase cholesterol, blood clotting, inflammation, and damage to the sensitive linings of your arteries. They can also replace, compete, and disrupt normal fatty acid metabolism in a manner which can adversely affect the skin.

If you want to age well from the inside out, I would recommend that you do your best to avoid trans fat and a good way to start is by avoiding fried foods.

My advice is if you want to look younger, cut down on the high amounts of simple sugars you routinely eat.

Consuming refined grains like white flour has a similar effect on your body as does eating simple sugars. My advice is to eat only whole grain products like brown rice, oatmeal, buckwheat and quinoa as these foods do not cause any negative changes to your physiology and can actually improve it—an important aspect of trying to look younger.

My opinion regarding alcohol intake is less is better. Certainly a glass of wine over dinner every day is a beneficial manner to improve your cellular health.

However, the chronic overconsumption of alcohol can lead to damaged cells in your liver, brain, vascular system, and skin, leading to premature aging. Toxicity from alcohol can affect all areas of your health and appearance including your teeth, hair, and complexion.

My advice is to practice the one drink per day rule and try not to exceed it.

Deli meats contain high amounts of saturated fat which can cause increases in cholesterol and drive up the levels of inflammation in your body and skin.

Deli-style meats like bacon, sausage, hotdogs or sandwich meats, are loaded with this type of fat.

If you wish to age gracefully, and look younger, I would recommend avoiding these salt-laden, chemically-laced foods which can age you poorly.