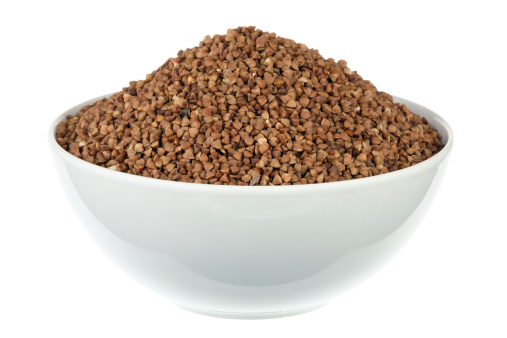 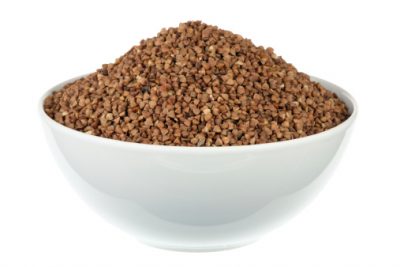 Are you looking for new ideas for side dishes? Want to try a new grain that’s packed with nutrients and much healthier than white flour? Read on to find out how the following five grains or grain-like substances can either replace or be combined with your regular grains to add that extra nutritional kick!

Buckwheat is not actually a cereal and has no relationship to wheat. It comes from a fruit seed and is closely related to rhubarb and sorrel. Buckwheat is a great gluten-free option that can be used as an alternative to rice or porridge. In roasted form, it is an Eastern European favorite, more commonly known as kasha. In can also be grounded into flour and mixed with whole wheat flour to bake breads, muffins, or pancakes.

There are many benefits of buckwheat. Compared to white flour, it is higher in many nutrients such as fiber, protein, magnesium phosphorus, and potassium. One unique feature is its richness in the essential amino acid lysine, which tends to be lacking in many cereals and grains.

Many animal studies have demonstrated various health benefits of buckwheat. Buckwheat can improve high blood pressure, obesity, and high cholesterol. It can also improve circulation and prevent blood clots resulting in decreased heart attacks and strokes. It is abundant in antioxidants and other compounds that can protect against heart disease and cancer as well as improve blood glucose levels for those with type 2 diabetes.

How to Make Buckwheat

Buckwheat is best stored in an airtight container in a dry cool area for up to a year. Buckwheat flour should be stored in the fridge and keeps for several months. To prepare buckwheat, rinse product, and add two parts water to one part of buckwheat into a pot. Bring to a boil and then let simmer for 30 minutes while continuously stirring. It’s something to try but its flavor is one that you either love it or hate it.

Oats are an excellent way to start off your day! This heart-healthy option is a very popular hot breakfast cereal, enjoyed by many, including myself. Three quarters of a cup provides you with four grams of protein, three grams of fiber and only 125 calories. Oats are a fibrous food, specifically containing the beta-glucans, which are known to lower cholesterol levels. These, combined with antioxidants, help reduce the risk of heart disease. Fibrous foods also help stabilize blood sugars and keep you full longer.

There are many benefits of oats. Steel-cut or rolled oats are the least processed and are higher in nutritional value. They take longer to cook but are the healthier option. Choose these ones over the instant oats, which are more processed, have added sugar, salt and other ingredients.

There is a lot of controversy on the use of oats for people with celiac disease. Most celiacs are not sensitive to oats themselves. However, since oats tend to be processed near wheat, barley, rye and other gluten-containing grains, it is generally advised to steer clear, unless they specified that they are gluten-free.

How to Make Oats

Oats should be stored in an airtight container in a cool, dark and dry place. Cooking oatmeal is pretty simple. Just add two parts cold water to one part oats into a pot. Cook the oats at a simmer for 15 minutes for rolled oats or 30 minutes for steel-cut oats. I like to add some milk to my oatmeal to further increase its nutritional content of calcium and vitamin D.

Oats come in many varieties including oat flour and oat bran. Besides being a popular breakfast cereal, oats are commonly used to make granola or in baking. Consider baking with oat flour or adding oat bran to your salads, cereals, or yogurt.

Quinoa is commonly known as a whole grain but is actually a seed. It is widely known as a superfood because of its high nutritional value. There are many benefits of oats: for example, this gluten-free seed makes for an excellent vegetarian option as it contains all nine essential amino acids, making it a complete protein. For one cup you get eight grams of protein, six grams of fiber, plus calcium, iron, magnesium, potassium, and zinc.

How to Make Quinoa

Quinoa is a very versatile grain-like food. It can be used as a side dish (instead of a rice pilaf), in salads, as a main dish or in a dessert such as “rice” pudding or quinoa brownies. Prepare quinoa as you would cook rice. Use two parts water to one part quinoa in a pot. Cover pot and bring water to a boil. Simmer for about 15 minutes.

Teff is an underused, overlooked grain that is gluten-free among its abundance of nutritional benefits. It is rich in many minerals such as calcium, iron, magnesium, phosphorus, potassium, zinc, B-vitamins, and fiber, and protein. Teff can be easily grown in a variety of climates and can be ground into flour and used for baking many goods such as breads, wraps, cereals, and snacks.

How to Make Teff

Wheat germ makes up only 3% of the wheat kernel. During the processing of the kernel to white flour, the germ layer is removed. However, the germ layer is where an abundance of nutrients are found. In just two tablespoons of wheat germ, you can benefit from four grams of protein, two grams of fiber, over one gram of unsaturated fat, a variety of B-vitamins such as folate, B6, and B1, and minerals including magnesium, potassium, and zinc, with only approximately 50 calories.

How to Make Wheat Germ

Storing is extremely important in order to keep the wheat germ fresh. It contains oils and antioxidants, including Vitamin E, and therefore when exposed to air for a prolonged period of time it will get rancid. It is very important to keep it sealed and refrigerate, once opened.

Wheat germ is very easy to incorporate into your diet. It can be sprinkled into yogurt, puddings, and smoothies or sprinkled over salads. It can also be added to many recipes for baked goods to increase the fiber content.

These fibrous grains are great for your health but don’t forget to wash them down with a glass of water!