Home > Celebrity Workouts > A Fifth Rehab Visit for Heather Locklear? Actress Reportedly Working on Overcoming Anxiety Attacks Once and for All 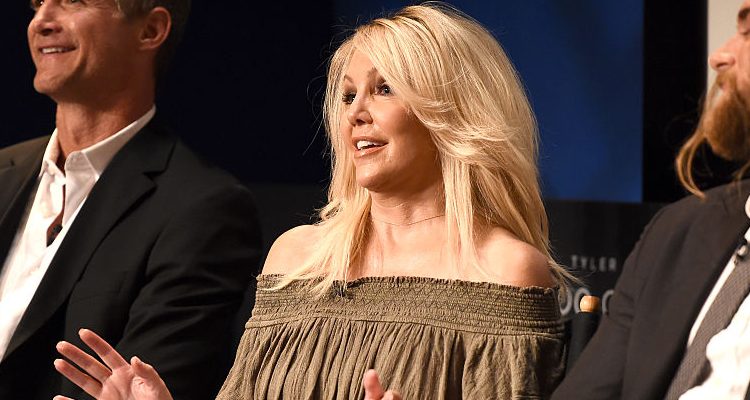 Heather Locklear has reportedly checked herself into rehab for the fifth time as the actress works on “enriching her life.” Rumors suggest that the actress experienced a meltdown around New Year’s Eve, which is what prompted her to seek help. Locklear apparently sent out a message through her publicist to Page Six, explaining, “I am working on tying up some loose ends regarding certain issues so I can hit 2017 full steam ahead.” Previously Locklear battled anxiety, depression, drugs, and even alcohol addiction, which is why she has been to rehab before.

Although it is unclear what led to the her most recent rumored meltdown, some reports suggest that Locklear was on drugs and intoxicated upon her arrival at the rehab facility.

Locklear returned to TV once again in mid-2016. Although the tabloids at the time were claiming that Locklear was heading down a dark hole, she, on the other hand, said there was no truth to such rumors.

Even in her 50’s, Locklear still looks trim and fit. She has managed to maintain her figure by working alongside trainer Garrett Warren. In an interview with Shape magazine, Warren had this to say about working with the Hollywood actress: “Heather is one of the nicest people I’ve ever met, but also one of the most professional. She was always on time, incredibly committed, and very driven when it came to her workouts.”

When Warren trains Locklear, he ensures they focus on glutes, triceps, the waistline, and the lower stomach—basically all the key areas most women focus on. Warren’s advice to women over the age of 40 is to be consistent. It isn’t just about working out, but more so about being consistent with your workouts in order to achieve results.

As for her diet, Locklear sticks to a portion-controlled diet and tries to keep her diet healthy about 80% of the time. She has admitted that she doesn’t deny herself treats and doesn’t avoid carbs, but she does ensure she eats them in the right portions.

Locklear also believes in staying well hydrated, so she ensures she drinks plenty of water throughout the day. She is known to add some lemon or lime to her water for extra benefits along with flavor. She suggests that by flavoring her water, it makes it easier to drink throughout the day because it’s not as boring.

We hope that Heather Locklear can finally find the help she needs to get back to her healthy life routine, and to also get back to filming her role on Tyler Perry’s Too Close To Home.