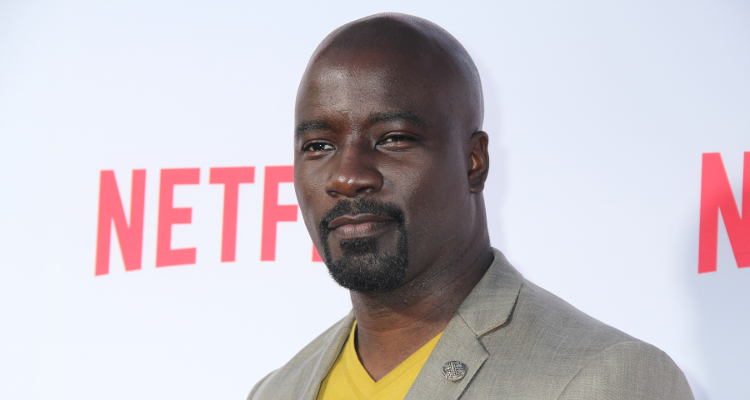 Mike Colter is the star of the upcoming Marvel series Luke Cage, which is about a bulletproof, incredibly strong avenger who lives in Harlem. So how did the star get ready for the part?

By hitting the gym and lifting some serious weights to put on 30 pounds of pure muscles. Colter is no stranger to this role; he first brought Luke Cage to life in the Netflix series Jessica Jones. He is also familiar with physical roles—Colter played a boxer in Million Dollar Baby starring Hillary Swank.

His first line of attack to build the muscle mass needed for Luke Cage was intense cardio training. He did cross-training workouts because he felt like he needed to shock his body.

As a result, he over-lifted and ended up hurting his shoulder. That injury caused him to rethink his plan of attack to get in shape for the role, including his diet. The Girl Trip actor started adding two vegan plant protein shakes a day to his diet and took glutamine to help with muscle breakdown after weight training sessions.

A protein diet is extremely critical for those who are building muscle and training hard. Protein is something that needs to be replenished every day. The body can create some of the amino acids needed to make protein, but not all; those come from food sources. Colter finds supplementation, such as glutamine, helps his body recover better.

Colter is not a fan of the traditional gym workouts that other actors do when preparing to play a comic book character (think Thor and Captain America). Rather than just spending his time in a weight room strength training, he prefers to mix it up with other activities, such as swimming, cardio training, and basketball.

Staying in shape between roles is important, but it’s less important for Colter to maintain the extra bulk he might have put on so he can avoid being typecast in enforcer roles.

He likes to change his body according to whatever the director’s vision is at the time, because if you walk into a casting call looking too big, they might not be able to picture you as a smaller man, says Colter. But playing Luke Cage definitely meant spending a lot of time training and looking a very specific way.

Mike Colter attributes 80% of his fitness success to his diet. His key philosophy? Avoid bad foods and eat a healthy diet high in protein to build muscle and stay lean.

He believes that eating right means he doesn’t have to work as hard in the gym because there aren’t any wasted calories to burn. Eating fruits, vegetables, lean proteins, grains, beans and legumes, nuts, and berries are all part of a healthy diet.