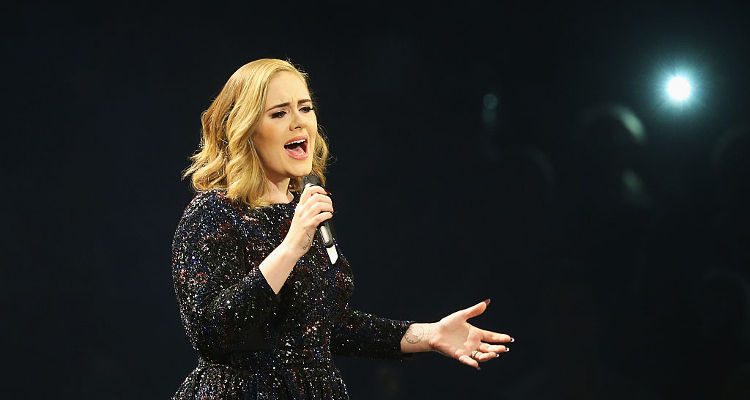 Singer Adele appears on the cover of the latest issue of Vanity Fair. In the issue, she opened up about her post-natal depression after having her son, along with her fears about having more children. To cope, Adele admitted to spending some time away from her son, Angelo, after he was born.

The Grammy winner explained that she was actually obsessed with Angelo and that she didn’t take antidepressants, nor did she open up about her condition to others. Adele further added that she does not judge women who choose not to have children and believes it is actually quite a brave stance in a day and age where women are often pressured to reproduce.

Adele is currently on tour for her latest album, but the singer admits that she is more than ready to avoid doing shows once this tour wraps up. She went on tour to meet her fans and said that she’s not in it for the money.

Adele has definitely made some lifestyle changes since having Angelo. For her album 21, she said she was drunk most of the time, which allowed her to be honest. Unfortunately, she can’t really be a good mother while under the influence. Furthermore, she has a fear of dying by reckless behavior,r and she wants to be around for Angelo for as long as possible.

Adele’s fitness routine has really come a long way. If you’ve been following the singer’s career, you can definitely notice a slimmer vocalist. The first change she made to her diet to shed those extra pounds, was to remove sugary tea, which is a staple in England. Apparently, Adele would gulp down at least 10 cups of tea a day with two sugars in each. Now she steers clear from the drink and notes that she actually has more energy.

Adele also follows a meal plan laid out by The Pure Package. These meals include plenty of fruits and vegetables, along with lean proteins and complex carbohydrates.

Adele is not a fan of the gym and has no desire to be skinny like many other singers. She does enjoy lifting some weights, but you won’t see her heading off to the gym five times a week to do so. She does, though, work alongside a personal trainer who puts her through circuit training, weight lifting, and cable machines in order to provide her with a full-body workout.

With Adele’s new transformation, she says she has developed a huge shopping problem because she can pick up clothing items off the rack. With her new trimmer figure, she admits that she does enjoy herself much more now than before, but she still generally doesn’t like mirrors.

Although Adele isn’t a die-hard gym-goer, she is moving in the right direction toward living a long life with son Angelo all the while improving her own self-esteem.