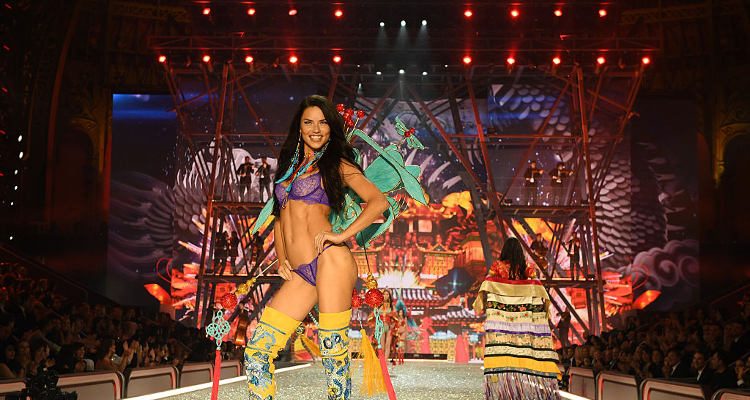 Adriana Lima, Bridget Malcolm, and Martha Hunt are some of the most beautiful Victoria Secret Angels and we have the secrets of their diet and workout routines.

We can’t wait to see Lima at the VS fashion show this year. It will be her 16th time walking for the VS fashion show, so she is well versed in preparations for the runway. What does she do? Well, she has revealed to several publications that she follows an extreme diet before the show every year.

Lima cuts out all solid food and consumes only liquids nine days before the show while also increasing her workouts to two sessions per day. Twelve hours before the show, Lima doesn’t eat anything at all or even drink water! Now, many people already know this is not the best way to achieve results and it’s not something that professionals would recommend to most people. Somehow it works for Lima, and many athletes and martial arts fighters undergo some of the same rituals before an important match.

In general, Lima does have a food philosophy. She believes consistency is very important. Lima eats six meals a day to promote digestion and exercises at least six days per week. Typically, her workout involves boxing. She doesn’t change her workout before the big VS show, which again speaks to her consistently health-conscious lifestyle.

One of her diet secrets is drinking a buckwheat beverage before bed every night. Lima mixes hemp milk, some honey, and buckwheat to make a shake. Depending on how she feels, she will drink it hot or cold. Buckwheat is a high-protein and high-fiber gluten free grain. It allegedly helps to burn fat and calories while you sleep! A typical day of eating for Lima involves a bowl of oatmeal for breakfast, a piece of fruit for a snack, a high-protein lunch (usually chicken or fish) with quinoa or yams on the side, and some raw nuts and cranberries as a snack. She typically eats the same thing for dinner that she does for lunch and ends her night with a buckwheat shake.

Her guilty pleasures are lattes and cappuccinos, which she sweetens with honey instead of sugar.

If you were to peek into Hunt’s kitchen, you would definitely find coconut water, Greek yogurt, green juice, and even chips and ice cream. This beauty is all about keeping it real and balanced. Some foods she enjoys include eggs, smoothies with almond butter, banana, coconut milk, berries and flaxseeds, chicken salads, tacos, and even sushi. Hunt is also a fan of Thai and Indian foods, which she sometimes has for dinner. She steers clear of “weird” meats like duck or pork and instead keeps herself lean with a high protein diet of chicken and fish. Her favorite snack is a smoothie. Her workout is called Body by Simone (high-intensity cardio mixed with toning) and she exercises three to four times per week. It’s not a stretch to assume she is sticking with clean eating and lots of exercise to prep for the VS show.

Bridget Malcolm on Prepping for VS Fashion Show 2016

Malcolm prepares for the VS fashion show by paying very close attention to how she eats and what kinds of foods she puts into her body. The stunning model admits that she eats very cleanly all year round; avoiding starchy foods, sweets, and desserts. To prep for the show, she drinks plenty of water, prepares a lot of home-cooked meals with veggies, and drinks protein shakes. She may follow a vegan diet sometimes, as she loves to eat vegetables.
Three months before casting workouts, Malcolm explains that she amps up her training and doesn’t skip any workouts. She focuses on resistance and strength-training workouts. She also does Body by Simone workouts and takes boxing classes. We can’t wait to see her rock the runway!