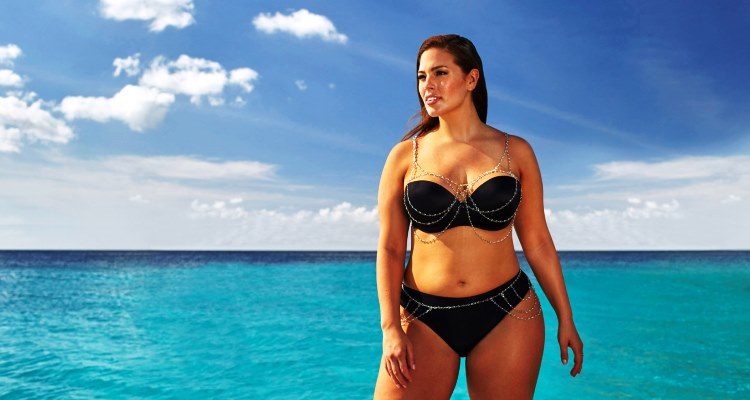 The body-positive movement has a force to be reckoned with in model Ashley Graham, whose diet probably puts to shame the diets of many people, including those who speak negatively about her because she’s larger than the standard fashion model.

Ashley Graham’s eating habits have been under scrutiny before, but that speculation was likely fueled by assumptions and not facts, because she eats very healthily.

The supermodel is making strides to be fitter and healthier these days, but for herself and no one else. The Ashley Graham diet plan, including the Ashley Graham breakfast menu, has for the most part always been incredibly nutritious. And the Ashley Graham fitness routine is simply inspiring—that woman works hard in the gym!

The size 14 model teaches other women to embrace the body they have. Graham takes this positive message on the road, speaking to teens in high schools across the country about body image.

She is also a co-founder of Alda (which means “wave” in Icelandic), a collective of models that represents beauty beyond size and challenges conventional notions within the fashion industry.

Models in the Ashley Graham weight category are usually pegged as being “plus-sized,” a term some models are trying to get rid of. Body-positive women such as Graham and her fellow Alda members are working hard to move beyond labels so we just see bodies and not size.

Just because someone is plus-sized doesn’t mean they eat unhealthy food, and once you see the Ashley Graham food diary, you will think twice because her diet is clean.

She starts the day off with a smoothie, and her breakfast consists of a green drink made with kale, lemon, apple, ginger, spinach, and beets. Her approach is to start out light and eat more heavily later in the day, saving meat for later on. A piece of fruit is her snack midday before lunch.

Lunch for this fit model consists of a large salad with quinoa, tomatoes, carrots, avocado, any leafy greens available, and a pesto dressing. Around 3 p.m., she indulges in four squares of 80% dark chocolate. Dinner is simple: Sweet potatoes with sautéed vegetables or chicken with Brussels sprouts and a glass of red wine.

On occasion, she splurges and has mashed potatoes or mac and cheese because she doesn’t want to deprive herself. Plus, she’s happy with her weight so dieting isn’t a priority at this stage in her life.

A week ago on the Ashley Graham Instagram account, she made an empowering post with a hand-drawn picture of a woman smiling and the words, “I don’t love my body because it’s sexy. My body is sexy because I love it.”

Let’s talk about Ashley Graham’s insane workout for a minute, because if anyone can get the under-motivated to the gym, it’s her. The Sports Illustrated model has been known to do lunges, planks, and crunches, and she has shared her grueling workout on Instagram so others can follow along. Get ready to sweat!