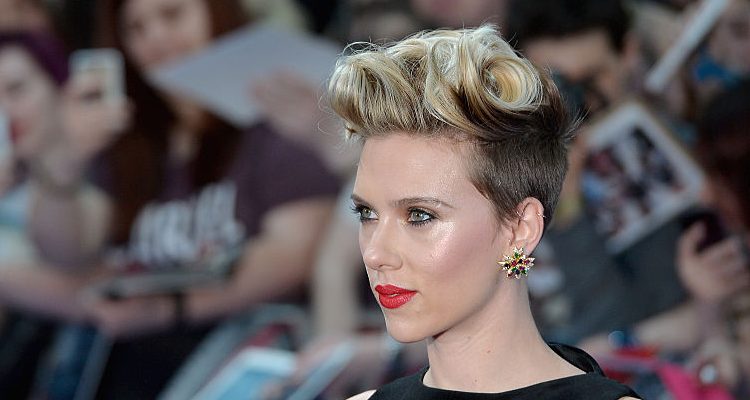 Scarlett Johansson, perhaps most well known for her role as the dangerously lethal Black Widow in Marvel’s Avengers franchise, will be returning to the big screen this March in yet another action role as she stars in the highly anticipated Ghost in the Shell. The film, directed by Rupert Sanders, centers on Johansson’s character the Major, a part-human, part-robot being that heads up the special ops unit Section 9. In what is no doubt another physically demanding role for the actress, she completes fight scenes akin to those of her Black Widow character, leaving us wondering if she followed the same intense training routine to get ready.

This isn’t the first time that Johansson has taken on such an action-packed and physically demanding role, and she previously prepared for such parts with celebrity trainer Bobby Strom. Johansson had just six weeks to be in fighting shape for the first Avengers film, and to help her get there Strom created a routine that combined circuit training, cardio, and resistance training in order to build and tone muscle while burning fat. Working out seven days a week with no break, Johansson completed a 90-minute regimen every day that started off with a 15-minute warm-up on the treadmill. This warm-up consisted of alternating between sprinting for 20 seconds and jogging for 40 for the entirety of the warm-up. Strom added the challenge of running with resistance by wrapping a band around Johansson’s middle and tugging back on it while she sprinted, making the exercise even more difficult.

After the warm-up, she would continue on with circuit training, completing a different high-intensity program every day that was designed to work her entire body. On Mondays, she would complete moves like speed lunges, reverse lunges, jump squats, and lat pull downs. Tuesdays included exercises such as bicep curls, front kicks, band rows, and shoulder presses. Wednesdays shifted the focus to her core and legs, adding in lifted heel squats and standing leg rotations to her full body routine. Thursdays brought the focus even further onto her core, and she added a number of crunch variations into her workout to help tighten and flatted her stomach. The workout for Friday was a high-intensity polymetric circuit that brought back the speed lunges and jump squats, as well as adding kettle bell swings. There were no breaks for Johansson, even on the weekend, as her routine continued through Saturday— with the focus on building muscle. Sundays were a return to a full body circuit that included shadow boxing and planks.

The key to circuit training, according to Bobby Strom, is moving from one exercise to the next without pause in order to keep your heart rate elevated and in the fat burning zone. In Scarlett Johansson’s case, this clearly worked as she looks lean, strong, and ready to take on any fight that her action roles throw her way.