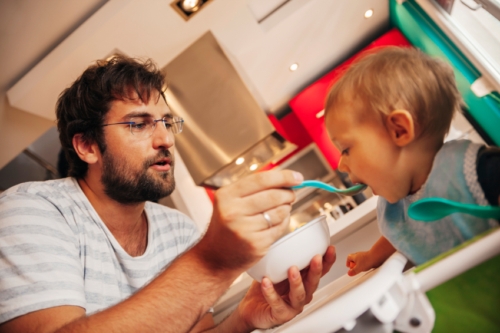 There’s been a bit of a stir among parents due to a recently released finding that infants who eat more rice products end up with higher levels of arsenic in their urine.

While it’s not clear that this is specifically a health problem, it’s brought a renewed light on a longstanding issue with rice and efforts being done to keep food safe for children.

Arsenic has two forms, organic and inorganic, and the inorganic form is the one that causes most health issues

The findings mentioned at the start of this article noted that babies who ate infant rice cereal showed 9.53 micrograms (µg) of arsenic for every liter of urine. In those who ate rice snacks, the level was 4.97µg/L. Since infants who did not eat any rice products had levels around 2.85µg/L, these higher numbers raised some eyebrows.

The findings matter because they show how much extra arsenic rice products can get into babies. To be clear, there is no evidence that even the 9.5µg level was putting these children in harm’s way. However, the general consensus is that keeping arsenic out of babies is a worthwhile goal, so this is clearly an area that can be improved on.

What’s the FDA Been Doing About Arsenic in Rice Products?

The FDA has been studying arsenic for several years now. At the start of April, 2016, the agency proposed imposing a 100 part-per-billion limit on inorganic arsenic in infant rice cereal, a change that is currently in the public comment phase. As part of the discussion, the FDA released data that found about 47% of infant rice cereals sold in the country are already below 100 ppb, 31% were between 100 and 110 ppb, and 22% were over 100ppb. If the limit rule goes through, it would add an extra push to the current “as low as reasonably achievable” standard.

What Can Parents Do?

The FDA advises that parents give their children a variety of grains and cereals. Rice can still be a good source of nutrition, especially if iron fortified, but shouldn’t be the only source and doesn’t necessarily have to be the child’s first, either. The agency suggests other fortified infant cereals like oat, barley, or multigrain. Wheat and barley are also able to be eaten more easily by infants with reflux tendencies as a substitute for rice.

When choosing rice products, white rice contains lower levels of arsenic than other types since the outer layer of the rice is removed during the bleaching process (the outer layer holds more arsenic).

Cooking rice in excess water (six to ten parts water per one part rice) and draining can reduce inorganic arsenic levels by up to 60%, but this also reduces the nutritional value.