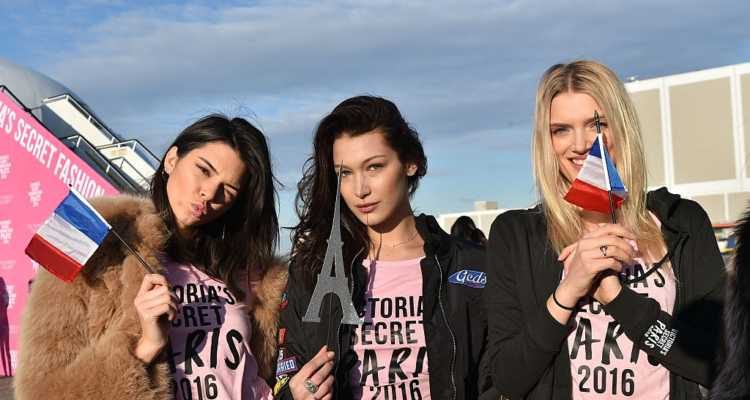 It seems that Victoria’s Secret Angels Bella Hadid, Kendall Jenner, Adriana Lima—among others—are being publicly shamed on Twitter for being “too skinny.”

Some body-shaming comments are asking why the girls are flat-chested if they’re selling bras, while others are saying that the VS Angels have nothing on plus-sized models like Ashley Graham.

One tweet read, “I don’t really like that Victoria’s Secret models are all skinny with no curves. That’s not what the average body looks like.” While others said the girls looked as if they were starving, as they were merely “skin and bones.”

But these comments and criticisms aren’t anything new—it seems that every year, there is some sort of controversy around the VS Fashion Show.

Yet year after year, we are presented with the same image, even the same models. Although audiences everywhere have spoken out against VS and how their models do not represent the average woman, it seems that those opinions aren’t changing the minds of those who run the show.

But although these models are skinny, they actually dedicate long hours to the gym, along with watching everything they eat. So although many feel they are too skinny, you can’t deny that these women are achieving the look for their job. Let’s take a look at some of those angels and what they do to prepare for the big day.

For Kendall Jenner, it’s all about detox tea, which help promote weight loss. But on top of that, Jenner cleans up her normal pizza-ridden diet for cleaner options months before shooting the fashion show.

Jenner is part of a social media app known as WineNDine, which allows users to post the foods they eat, and frankly, Jenner doesn’t often post healthy options. Instead it is more about ice cream, pizza, and pasta, as opposed to green juices and salads, which goes to show that the young model really loves to eat foods that many of us enjoy.

Adriana Lima, on the other hand, has made healthy living truly part of her lifestyle. Whether she is preparing for the show or not, she regularly eats clean and works out many times a week, which really shows when you take a look at her hot figure. Many people have compared Lima’s training style to that of a pro-athlete, as she is very strict on herself, and follows similar characteristics.

Lastly, Bella Hadid will be walking in the VS Fashion Show for the first time this year, so she really had to clean up her diet and hit the gym. The model has admitted that working out isn’t really her thing. Unfortunately, it seems she went a little too hard, because people began criticizing how skinny she got. Now that the show is over, we’re sure Hadid will make the right adjustments to look like herself again.

Sure, the ladies may look skinny, but you have to give them credit that their bodies are a product of serious hard work and dedication.