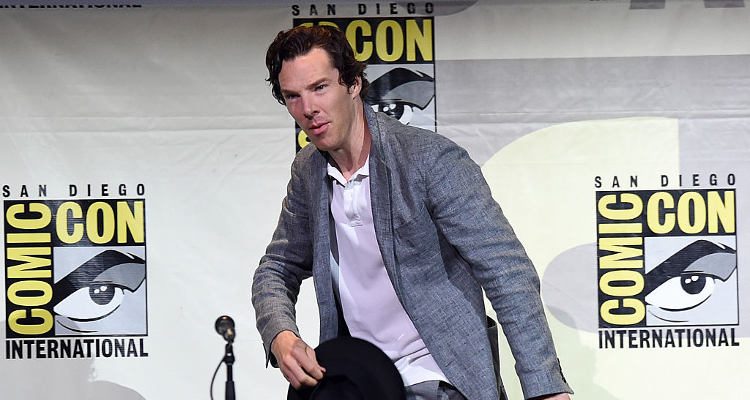 Benedict “Sherlock” Cumberbatch is gearing up for his role as Doctor Strange. To fulfill this role Cumberbatch reportedly got fit by core strength exercises, cardio, and plenty of yoga.

Unlike his role as Sherlock Holmes, the role of Doctor Strange required Cumberbatch to bulk up and be incredibly fit. In an interview with Be Entertainment, Cumberbatch explained, “I started working out for this film, not just to be bigger to fill the suit so to speak of being this superhero, but also for endurance, to be able to take knocks, to be able to do multiple takes of fight scenes over five days and to do an action sequence at the end of the film.”

Doctor Strange had to stop his career as a neurosurgeon after a car accident left him with no hands. While in search of a way to repair his missing extremities, he encounters the Ancient One who he becomes his student. He then ends up living in New York City and becomes a practitioner of mystical arts and martial arts.

Read on to learn how Cumberbatch went from English detective to mystical superhero.

If you’ve ever heard the phrase “no pain, no gain” then you can have some idea of what Cumberbatch went through to get fit for his role as Doctor Strange. At the age of 40, Cumberbatch went through some of the toughest workouts of his life. What was even more challenging is that the long acting days and being kept awake by his 14-month old son made training for the role even more grueling.

Cumberbatch admitted that his training for the role was very physically demanding especially because he had to achieve the physique of a superhero.

Cumberbatch admitted that he had plenty of help from trainers and nutritionists alike to help him get in shape. He also went on to say that, as long as you stay motivated, the whole transformation process can be fun.

His routine consisted of yoga, plenty of cardiovascular workouts, along with exercises to improve his balance.

Even though the filming of the upcoming movie is completed, Cumberbatch can still be seen with a fit physique. Although he may not be maintaining the intense workout hours he was while filming, he seems to be sticking to some sort of program to keep himself looking buff.

As with any superhero movie, it goes above and beyond the reading of the lines. Ask any actor who has played Batman, Superman, or even the Green Goblin what they went through to fulfill the shoes of a superhero or super villain, and they will probably admit to it being quite challenging but equally rewarding.

We can’t wait to see what is in stores for us when the Doctor Strange movie finally comes out. We’re sure all of Benedict Cumberbatch’s long days and hard work will definitely translate to an amazing performance on the big screen.