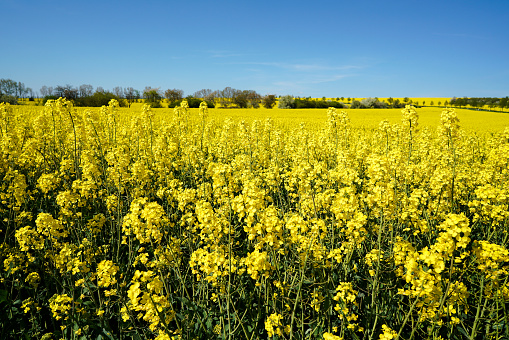 Bioenergy crops are not likely to cause food shortages or cuts in food production, according to a new report.

With governments placing more efforts into finding clean, renewable energy sources, growing crops for use as fuel has become a more common practice around the world. Bioenergy crops have been touted as a way for countries to achieve energy independence and cut down on carbon emissions.

However, previous research has blamed bioenergy crops for causing food shortages and contributing to world hunger. These concerns have limited the use of bioenergy crops.

Now, a new international report claims that these previous findings are flawed and that bioenergy crops do not contribute to food shortages. Researchers from ten institutions, including the World Bank and the International Food Policy Research Institute, collaborated on the report.

According to the new report, previous studies on bioenergy crops have contained flawed conclusions and oversimplify the factors involved in food production. As well, the studies have failed to explore how bioenergy crops may actually help in solving food shortages.

The researchers also stated that media publications have reproduced many of these flawed conclusions, leading to the widespread belief that bioenergy crops have a negative impact on food production.

In the report, the researchers state that bioenergy crops can actually help increase food production. They point to “flex-crops,” which can be used for both food and fuel depending on market demands. They note sugarcane as an example of a crop that can either be used as food or converted into ethanol.

The report recommends that strategies be implemented to ensure that bioenergy crops are resistant to climate change, as well as economic changes. Strategies could include diversifying crops or selling products throughout a range of markets.

The researchers also call for a renewed focus on at-risk populations, particularly poor, rural communities, with an effort on creating integrated systems that can provide sustainable food and fuel.