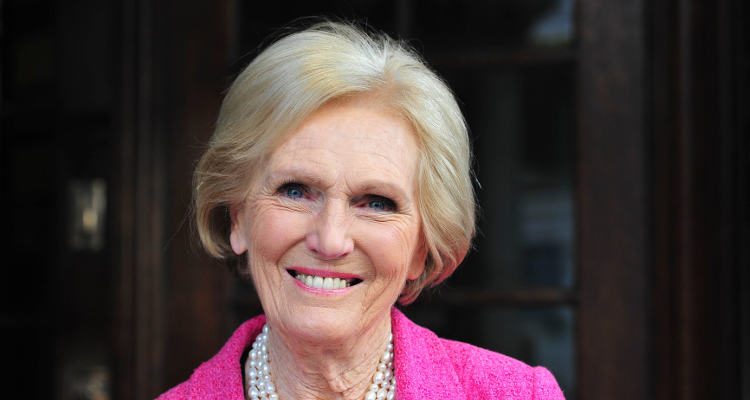 The Cake Queen Mary Berry isn’t planning on retiring – even at the age of 81! The famous baker may be starring in a new show to rival Bake Off, which she was a judge on. As news of an impending retirement keeps buzzing, it appears that Berry has too many upcoming projects to even think about slowing down.

So what keeps the Cake Queen forever young? Well, it involves healthy, moderate eating, discipline and some other fitness secrets that we will share with you.

You would think it would be hard to eat healthy as a judge on the BBC’s Great British Bake Off, where freshly baked desserts are yours for the trying. With 70 cookbooks under her belt, how does she stay so slim?

Berry told the Sunday Times last October, “I think to eat cake is very good for us, but it’s the size of the slice and how often you have it.”

Even though she is a baker, she doesn’t indulge in her creations. She sticks with one slice of cake on the weekend and only one piece of shortbread and coffee during the week. Berry revealed, “I eat carefully because people don’t want to see a large person judging cakes. They’ll think to themselves, that’s what happens when you eat cake.” That’s some intense discipline if you ask us! 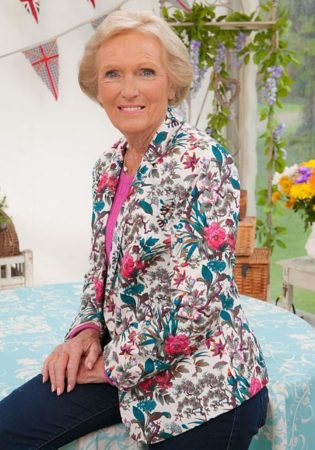 The famous baker eats a slice of toast for breakfast and during filming for Bake Off, sticks with soup for lunch. Berry is very aware of which foods put on the added pounds, and so you won’t find her over-indulging.

Her biggest secret is everything in moderation. Berry doesn’t overeat, nor does she deprive herself, which makes sticking with her healthy eating plan quite simple.

Berry’s mother lived a long life by sticking to these basic principles, as well. Her mother, like her, managed to stay active in the kitchen, and she enjoyed 105 years of living as a result.

Berry is also a big fan of celebrity chef Jamie Oliver and his push to get kids to eat healthier and be more active. She is also trying to combat the growing obesity problem by suggesting that people consume smaller portions and not snack in between meals as a good start to combating the obesity problem.

If a baker can continue to age so gracefully when she has spent her life making cake, then it really can’t be that hard for the rest of us. The takeaway from Mary Berry’s healthy eating plan is to eat smaller portions, while still enjoying a slice of cake – a thin slice, to be precise.

Furthermore, cooking in the kitchen may not seem like physical activity, but it involves plenty of standing, bending down to the oven, and, of course, the intense mixing with a whisk. Even something as enjoyable as baking can burn some calories!

Berry is a prime example that you can have your cake and eat it too – in moderation of course – and it won’t harm your diet too badly.

Sources:
Hughes, T., “Mary Berry could star in a Bake Off rival: Judge has ‘absolutely no plans to retire’ as MPs are set to investigate show’s move to Channel 4,” Daily Mail, http://www.dailymail.co.uk/news/article-3806919/Mary-Berry-star-Bake-rival-absolutely-no-plans-retire.html, last accessed September 27, 2016.