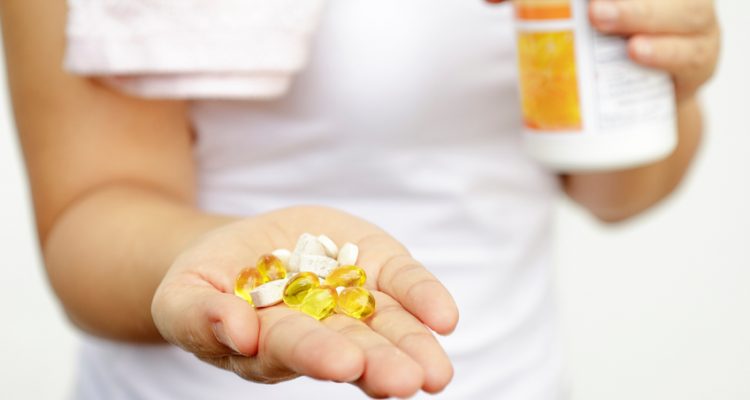 According to a report published yesterday in the journal Pediatrics, almost two million children and teens suffer concussions annually in the U.S., often as a result of sports or recreational activities. This is higher than current official estimates, largely because many of these injuries aren’t seen by health professionals.

Concussions aren’t an injury to be taken lightly: they can damage brain cells and cause chemical changes. That said, you don’t have to rush to the hospital immediately if your child gets a knock on the head—not every bump is a concussion. Waiting a day is OK, but if you see changes in their behavior or thinking, or if they’re sleepy or vomiting, then it’s time to go to the hospital right away.

Can Food Help Treat a Concussion?

Eating a balanced diet, consisting of fruits, vegetables, whole grains, and lean protein should help because the brain, like any other part of the body, needs nutrients to heal. A study published by the Institute of Medicine in 2011 said that people who suffer traumatic brain injuries need to greatly increase their energy intake—specifically protein, to the tune of one gram per kilo of body weight.

A concussion literally rattles your brain, and as a result cells have a hard time communicating with each other, so in order to fix itself the brain needs more energy than usual to control inflammation. And it needs this energy quickly, within a day of the injury and continuing for two weeks after that. Research is still ongoing in this area, however, so it’s hard to say definitively how effective this will be.

Another problem with concussions is that after suffering one, you probably won’t want to eat because of nausea, or you may find that you simply don’t have the energy or can’t think clearly enough to plan proper meals, let alone go shopping for ingredients.

In this case, it’s a good idea to play it safe and eat several smaller meals consisting of foods that are easy to eat (chewing could aggravate the symptoms of your concussion-related headache). And remember: there’s nothing wrong with asking for help.

Despite the benefits of nutrition in the healing process, some things that will not help during recovery are dietary supplements. Many of these are marketed as a quick fix to heal concussions, and those claims are not only irresponsible, but dangerous; it’s not necessarily a stretch to suggest that the manufacturers of said products are taking advantage of the desire for an immediate fix. An athlete, for example, will likely be anxious to return to playing their sport as soon as possible.

The thing is, concussions don’t work that way—they take time to heal, and resuming strenuous physical activities too soon only increases the risk for further, and worse, injury.

According to the FDA, there is no scientific evidence to support the claim that any dietary supplement can speed up the healing of a concussion. And the FDA is monitoring the marketplace for these products, issuing warnings where needed.

So What Do You Do?

The number-one thing you can do is rest, both physically and mentally. Avoiding strenuous physical activities is important, but equally important is refraining from mental exertion.

This can be difficult because many of the things we do at home that are considered relaxing aren’t good for people recovering from a concussion, such as watching TV, using the computer, and playing video games. Even reading constitutes too much mental effort.

You may find that you also need to reduce your time at work or school, or need to take breaks throughout the day to recharge. Recovery is often tough and admittedly boring, but the flipside of it is permanent brain injury or cognitive impairment, so a little boredom sure beats the alternative.

Take it easy. Remember to eat well. And—under the advice of your doctor—manage the pain and slowly reintroduce mental and physical activities. Once your doctor gives you the all-clear, you can get back to enjoying life as it was before the concussion.