Home > Celebrity Diets > Can Emily Ratajkowski Get Any Slimmer in 2017? 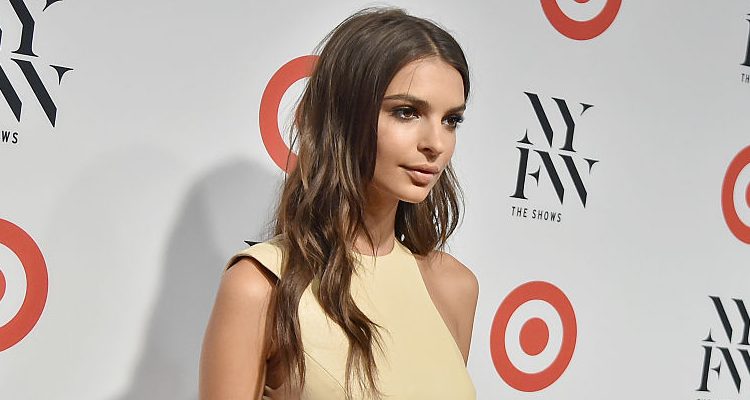 The model is very slim as it is, and it seems hard to imagine where she might lose more weight to achieve an even slimmer frame. Ratajkowski firmly believes in body positivity and embracing the shape you are given and your desire to be sexy if you so wish. In an interview with Australian magazine Oyster, Ratajkowski admitted that her career would not have happened if it wasn’t for the way she looks. However, the 25-year-old denies allegations that she poses naked in selfies to play into some form of sexist rules, when what she might be doing is breaking them.

“I don’t know if there were a lot of women being sexy for their own enjoyment; that’s much more common now,” she told the Oyster.

How Emily Ratajkowski Gets Her Bikini Body

Emily Ratajkowski’s diet is not a salad-only diet; you’d be hard pressed to find her eating only that because she prefers meat and is a carnivore. Following a high-protein diet and a portion-controlled diet is what she tends to do.

From the looks of the Gone Girl star’s Instagram account, she isn’t afraid to enjoy carbs once in a while. She enjoys homemade juices, she but doesn’t believe in “juicing” and thinks juice cleanses are a bad idea. Drinking plenty of water is high on her list of good things to do for her body.

When she goes out to dinner with friends, she keeps her food choices healthy and maintains her diet by ordering a salad or splitting a dish with someone. She believes in eating the right foods that nourish her body, especially fresh ingredients she can cook with so she knows how much sugar and salt is in her meals.

She likes adding turmeric to foods because of the health benefits associated with this spice. But splurging on cupcakes for dessert and croissants for breakfast is something this model definitely does and doesn’t feel guilty at all about it.

In an interview with Elle, Ratajkowski said, “I think it’s good to indulge occasionally. I wouldn’t say I am the type of girl who craves Doritos but I definitely love a good cupcake sometimes… Or a croissant in the morning. I think it is like really important to give yourself a break.”

As for workouts, Ratajkowski doesn’t really have a workout routine like many other models and actresses do. Yoga and hiking are two activities she does enjoy doing a few times a week. She also loves long walks with her friends. Ratajkowski admits to simply not being a crazy fitness person and currently doesn’t have a trainer. In fact, she says she doesn’t go to the gym at all.

“Emily Ratajkowski on Her Beauty Regimen and How She Doesn’t Use a Trainer,” The New York Times web site; http://www.nytimes.com/2015/08/20/fashion/emily-ratajkowski-on-her-beauty-regiment-and-why-she-doesnt-use-a-trainer.html?_r=0, last accessed December 28, 2016.

“’I don’t think my career would have happened if it wasn’t for the way I look’: Emily Ratajkowski credits her appearance for her success… and reveals she posts sexy photos for her ‘own enjoyment’,” Mail Online web site, December 6, 2015; http://www.dailymail.co.uk/tvshowbiz/article-4004108/Emily-Ratajkowski-talks-success-reveals-posts-sexy-photos-enjoyment.html, last accessed December 28, 2016.