Home > Health Conditions > Can These Foods Make You Live Longer? 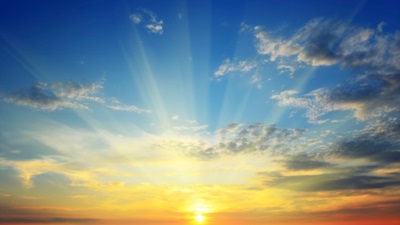 We all have been told that eating the right foods can allow us to live a healthier life and reduce the risk of developing chronic diseases. But can certain foods actually make us potentially live longer? Can this be correct?

Research published in the Journal of Nutrition sheds some light on this subject. Researchers studied 807 adults over 65 years of age and followed them for 12 years. The interesting aspect of this study is that the researchers did not find any benefits when just looking at dietary intake of polyphenols—however, there was a strong association between a reduced risk of mortality and urinary excretion of polyphenols—a 30% reduced risk of mortality!

This can be attributed to the fact that when people recall their own dietary intakes, they may misremember how much and what they’re actually eating—urinary excretion is actually a much better indication.

Foods high in polyphenols include:

During the study follow up, 274 people died. The participants who had the largest amount of excreted polyphenols were more likely to live longer.

Polyphenols found in foods are composed of a few different chemicals like phytoestrogens found in soy; catechins found in tea or coffee; resveratrol found in wine skins; and anthocyanins and proanthocyanidins found in fruits and vegetables. These healthy foods can help you live longer.

These chemicals have many unique biochemical functions which explain why they might help us live longer. These chemicals can decrease inflammation, improve insulin sensitivity, lower blood pressure, lowercholesterol and improve blood clotting.

These chemicals are also potent antioxidants capable of fighting free radicals which can damage our cells. The intake of these foods has been associated with a decreased risk of developing diabetes, heart disease, stroke, dementia, cancer, and peripheral vascular disease.

This is a great study to evaluate the relationship between food and its ability to help us live longer because it measured the urinary excretion rates of polyphenols and not just relied upon intakes from a food frequency questionnaire. The methodology of this study was very sound indeed and proves that people who are older and want to extend their lives can still do so by making dietary and lifestyle changes, and incorporating these healthy foods in their lives.

This would include the daily consumption of healthy foods which contain high amounts of polyphenols. Some examples would include blueberries, blackberries, hazelnuts, red cabbage, olives, soybeans, green tea, coffee, cherries, grapes, spinach and red wine.