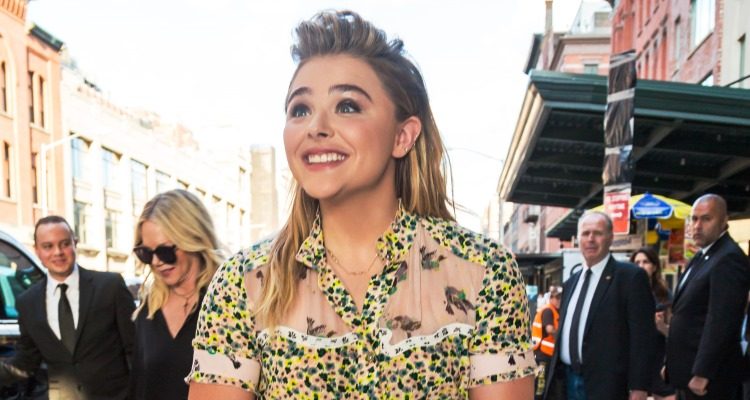 Chloe Grace Moretz did a workout Monday with David Beckham and son Brooklyn, whom she has been dating since 2014- though it’s been an on again, off again kind of relationship for those two. The trio met at a West Hollywood SoulCycle for an indoor cycling workout session.

SoulCycle workouts are popular with the Hollywood crowd. Other celebrities spotted at SoulCycle classes include Victoria Beckham (of course), Alessandra Ambrosio, and Karlie Kloss.

Moretz told Allure magazine in 2014 it was her favorite workout, saying the SoulCycle workout is like therapy to her.

The Neighbors 2: Sorority Rising star also says she has to work out at least four times a week to stay happy. Her favorite part of the spin classes is the music and instructors because they are “really cool.” In fact, Moretz and Brooklyn met for the first time at a SoulCycle class in 2014.

This isn’t the first time the lovebirds have gone on a workout date together. In July they were photographed at a boxing class together, and Moretz posted it to her Instagram account. Chloe Grace Moretz’s body looks great for only working out four times a week, but at 19, it doesn’t take much to keep a slim, fit body.

Chloe Grace Moretz’s workout for an amazing shape seems to be taking part in spin class. Spinning classes can be sweaty, grueling workouts, because participants are pushing themselves on the bike to keep up with an instructor who often demands effort that goes over and above what seems possible.

Moretz is an active girl. She even goes skateboarding with her brother, which fits many of the rebellious characters she has played, and loves playing.

For the 2010 movie Kick-Ass, Moretz trained with Jackie Chan’s stunt team for almost three months. She learned how to use a gun and was expected to do 1000 crunches every night along with 50 pull ups. 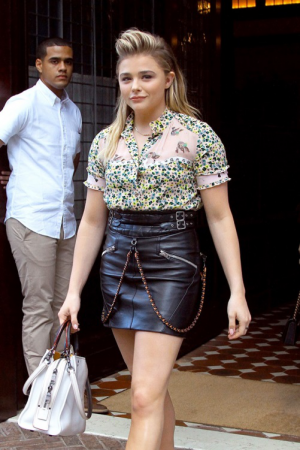 The actress reportedly hates breakfast and has to force herself to eat in the morning. Her preferred time to have her first bite of food is at 2 p.m., when she will eat a huge salad with a lot of chicken, or tacos. Moretz tries to eat clean and does for the most part, but admits to having cheat days. She does avoid greasy food and junk food however.

Portion control is something she keeps in mind, perhaps mostly when she is indulging in one of her favorite dishes: pasta with a creamy sauce. Even Jennifer Aniston loves creamy carbonara pasta, so as long as exercise and healthy eating is a regular part of a well thought out lifestyle, dishes that are not the best for us can be indulged once in a while. It seems Chloe Grace Moretz has that figured out.