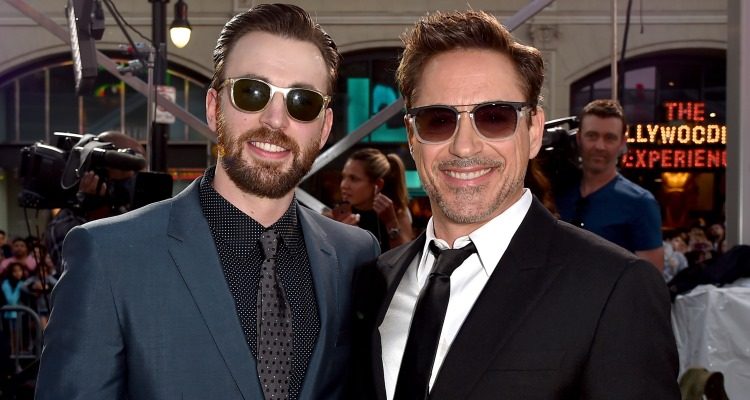 There was no shortage of superheroes on screen in 2016, and three of the biggest stars featured were Chris Evans, Ryan Reynolds, and Robert Downey Jr. Each of them brought a different physique to their role, with Evans showing the most bulk up on the screen while Reynolds and Downey Jr. looked leaner and thinner.

Each of them clearly put time in the gym with weight training program to get them in shape, but their approaches likely differed slightly. The resistance training programs they went through used the same exercises, but variations in weight and rep ranges provided different results.

Applying the Right Method for Your Goals

To bulk up for his role in Captain America: Civil War, Chris Evans trained big and ate big. His goal was to get big, bulky, and strong, so he used heavy weights, low rep ranges, and avoided cardio.

After all, he wasn’t trying to lose weight, he was trying to gain it. The bigger the better! Of course, he didn’t want to gain fat, so he made sure he was training hard in the gym, hitting all his muscle groups hard and heavy to pack on muscle everywhere.

Lifting heavy weights and focusing on compound movements from different angles stimulates the nervous system and provides the optimal environment for muscle growth—or hypertrophy. His diet included plenty of lean protein, complex carbohydrates, and healthy fats to fuel workouts and get his muscles as big as needed!

On the other hand, Reynolds and Downey Jr. were much leaner. Reynolds in particular showed off his lean, ripped, muscular physique in Deadpool.

His training—and likely Downey Jr.’s too—involved training with lighter weights at higher reps, which is something called a volume workout. Whereas Evans was doing a few heavy sets of three to 10 reps, Reynolds and Downey Jr. would have done four to five sets of 12 to 20 reps.

And because they wanted to look shredded, they were working at a faster pace, likely doing cardio and adopting a more intense abs workout. As far as diet goes, they would have gone on a reduced calorie and carbohydrate diet to stimulate and increase fat loss.

Using the Same Exercises with a Different Approach

All of the superheroes used the same movements, but they used them with varying intents. To pack on muscle and bulk up, the fist thing you want to do is build a base. Hitting heavier weights at lower reps can increase strength and total muscle mass.

For these workouts you want to keep sets in the three to five range, with reps typically in the two to six range. To increase the detail, shape, and volume of the muscle, workouts should be more focused on higher reps, lower rest times, and more sets. For these workouts, you’ll want to keep your sets per exercise in the four to six range, opting for eight to 15 reps per set.