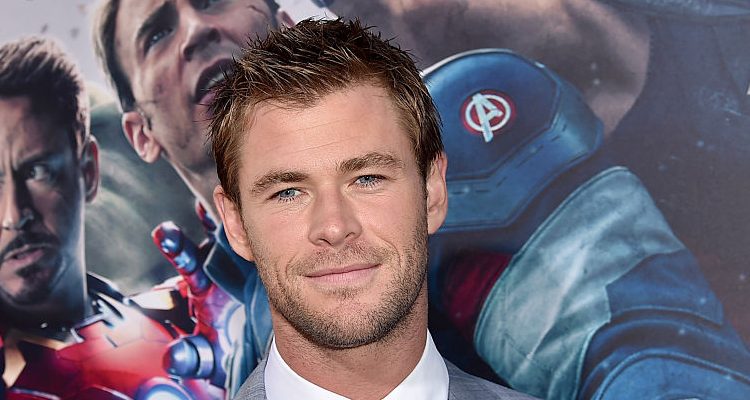 It looks like Chris Hemsworth has got some company for the next Thor movie. Benedict Cumberbatch will reprise his role as Doctor Strange in the upcoming Marvel sequel Thor: Ragnarok. The movie will be released to theaters on Nov. 3, 2017.

Cumberbatch portrayed the mystical sorcerer Dr. Stephen Strange in 2016’s Doctor Strange. Hemsworth has brought the Norse god of thunder, aka Thor, to life in four Marvel films so far.

Besides Cumberbatch, Mark Ruffalo will also reprise his superhero role as the Hulk in Thor: Ragnarok. Loki actor Tom Hiddleston will be making a return to the Marvel universe as well.

Overall, Thor: Ragnarok will feature a lot of muscle, especially with Hemsworth’s Thor, and Cumberbatch’s Doctor Strange. That being said, it takes a lot of hard work with the proper diet and exercise routine for each actor to prepare for their respective superhero roles. Let’s take a brief look at the diet and workouts for Chris Hemsworth and Benedict Cumberbatch.

Chris Hemsworth has a history of being the muscle in many of his films. The Australian actor is also known for his roles in Red Dawn, Snow White and the Huntsman, Rush, The Huntsman: Winter’s War, and Ghostbusters.

For many of his roles, Hemsworth has needed to add muscle, quickly drop weight, or improve his agility level. In order to portray Thor in particular, the 33-year-old Hemsworth was required to gain 20 pounds of muscle mass. As a result, Hemsworth worked with the director of Michigan-based personal trainers Art of Strength’s Michael Knight.

Chris Hemsworth was also required to lose 30 pounds for In the Heart of the Sea . He would consume as low as 500 calories daily in a four-week period to reach his goal. Basically, Hemsworth ate huge salads and big vegetable soups. Those meals allowed Hemsworth eat a lot without really filling up.

When Hemsworth transitioned to reprise Thor in Avengers: Age of Ultron, weight gain was required for the actor once again. Weight training and isolation exercises would help Hemsworth gain back the muscle that he lost for his previous role. His trainer Luke Zocchi would slow the tempo of his lifting to maximize the amount of time his muscles were under tension. For instance, Hemsworth would do three sets of 12 lifts at three seconds each rep, but the fourth rep would take eight seconds. Some of his exercises would include skull crushers, standing bar curls, bench presses, pull-ups, and shoulder presses.

Hemsworth’s role in The Huntsman: Winter’s War had him build his athleticism. As a result, he did more cardio and body-weight circuits with abs circuits and boxing drills. Hemsworth would also be put on a harness with high-resistance bungees with three to 10 three-minute rounds of shadow boxing. He also did 30 seconds of bear crawls. Like most Australians Hemsworth also enjoys surfing.

The 40-year-old Cumberbatch was required to increase his strength training quite a bit for the role of Doctor Strange. Cumberbatch’s routine would include a high-calorie diet, high-intensity workout sessions, and some yoga, too. Some of his workouts would include handstand press-ups that had him lower his head to the floor while pushing up. He would train for three to five days weekly. His other workouts would include pull-ups, dips, dumbbell chest presses, overhead tricep extensions, incline dumbbell chest presses, skull crushers, chest flyes, tricep push-downs, 20 minutes of high intensity interval training, 30 to 60 minutes of endurance training, squats, calf raises, dumbbell shrugs, leg presses, military presses, shoulder front raises, cable face pulls, seated quad extensions, lateral pull-downs, hammer curls, and chin-ups.

Cumberbatch ate a lot in order to help him bulk up. His high-calorie diet would include over 5,000 clean calories with intermittent fasting. It is a diet recommended to him by Dwayne “The Rock” Johnson. Intermittent fasting is a conscious decision to skip certain meals while eating a lot at other times of the day.

Needless to say, there will be an immense amount of muscle in Thor: Ragnarok. How will you prepare for the next installment of the Thor franchise? How about get in shape just like Chris Hemsworth and Benedict Cumberbatch.

“The Benedict Cumberbatch Doctor Strange Workout and Diet: How he Bulked Up for the Role,” Superhero Jacked website, Oct. 30, 2016; http://superherojacked.com/2016/10/30/benedict-cumberbatch-doctor-strange-workout-diet-bulked-role/.