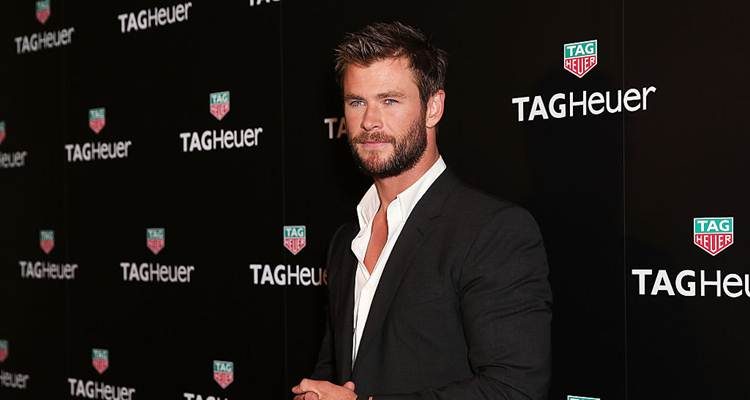 Chris Hemsworth, aka Thor, was recently spotted working out with Robert Downey, Jr. look-a-like trainer, Luke Zocchi. Zocchi was actually wearing a Downey Jr. mask that made him look like the Avengers star.

Hemsworth is set to reprise his role as Thor in Thor:Ragnarok and will play the superhuman God again in another installment of the Avengers franchise set to hit theaters in 2018.

So what does it take for Hemsworth to look like the all-mighty Thor? Let’s take a further look at Hemsworth diet and workout routine to channel the superhero.

The character of Thor is known to have super-human strength; and so, Hemsworth had to also develop large amounts of mass and strength in order to fit the role. Although the hammer Hemsworth uses in the film isn’t all that heavy in actuality, the filmmakers had to make it look that way, so Hemsworth had to get as jacked as possible.

Bulking up Hemsworth was achieved through weightlifting, circuit training, cardio, and a heavy protein diet. Of his role as Thor, Hemsworth explained in an interview with Coach, “In the comic strip Thor looks to be around 500lb [227kg], so obviously that wasn’t my goal, but it was very important for me to look the part and be as powerful as strong as I could while still maintaining that element of agility.”

Hemsworth worked closely with trainer Michael Knight, who spoke with the magazine to discuss Hemsworth’s training. He said, “Chris’s regime was split into two parts.

The first was a bodybuilder-type protocol focused on high-weight, low-rep moves designed to pack on maximum size, while the second was total-body circuits designed to shift his excess fat while maintaining muscle.”

Hemsworth opened up about the difficulty of Knight’s workouts, explaining, “The kettlebell routines that Mike put me through were intense, partly because I’d never used them before but also because it’s a heavy combination of cardio and weightlifting.

Most of my training previously was geared more around cardio – mainly boxing and Muay Thai, with some elements of weights. I hadn’t experienced kettlebells, but it’s a great way to build functional strength.”

What made Hemsworth’s Thor training even more difficult is that he was also filming another movie at the same time, so his days were quite long and divided between filming one movie and training for another. Although that may be challenging for some, Hemsworth admitted that he still found the energy to get both done and much preferred training than not.

As for his Thor diet, it was high in protein in order to keep Hemsworth strong and muscular. Hemsworth noted that he ate endless amounts of chicken, steak, and fish, with plenty of brown rice and vegetables.

As you can see, in order for Chris Hemsworth to become superhuman God, Thor, it takes plenty of intense training and a strict diet. But Hemsworth manages to transform himself every time he takes on the role.