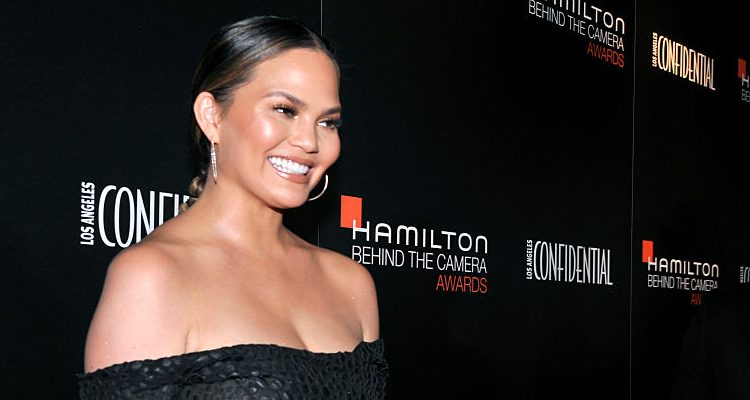 Chrissy Teigen is basically suggesting that you put your New Year’s weight loss resolution on hold with her beer-battered fried chicken recipe. It is similar to a recipe from husband John Legend. The 31-year-old Teigen kicked off 2017 in style with friends and family with some beer and fried chicken, according to a recent Instagram post.

Teigen is a model who has made another career from her playful approach to food. The culinary school-trained food lover is responsible for the food blog So Delushious. Her recipes have been very popular, which led to the release of a Chrissy Teigen cookbook in February 2016 called Cravings: Recipes for All the Food You Want to Eat.

The cookbook features a collection of realistic and delicious recipes for people who love everything from sweet potatoes to fried chicken. Other recipes in her cookbook include the vegetable tortilla stew, cheesy jalapeno bacon cornbread, and spaghetti cacao e pepe.

Teigen has become the center of dieting controversy due to her avoidance of the word diet; instead, she likes the terms clean eating or eating light. As a result of the comment, a full-fledged Twitter war of the terms “clean” and “diet” sparked.  Some people even went as far to say that clean eating is nothing but a myth. However, many nutritionists believe that clean eating is a diet where you simply understand what you’re putting in your body. Consuming a diet high in vegetables that avoids chemicals and refined ingredients in food would be a general stance of eating clean. Let’s take a look at how Teigen eats and a special recipe from husband John Legend.

Chrissy Teigen’s healthy eating lifestyle is basically a paleo diet with a twist and some cheating here and there. Teigen will post a lot of low-carb recipes that are often dairy-free, gluten-free, and high-protein. However, Teigen admits that she loves cheese, and must include some cheese-oriented recipes. When Teigen is not cooking her meals she gets salads from organic delivery places and adds roasted lamb.

Teigen’s healthy eating diet will include lots of eggs, and she loves them hard-boiled, in omelet form, and over-easy for breakfast. Other paleo-friendly foods Teigen eats include avocado, tuna salad, green juices seaweed sheets, sashimi, and almonds and cashews. Teigen also stays away from caffeine. Although Teigen is against starvation diet plans, she has tried the 10-day Master Cleanse that includes drinking six to 12 glasses of a lemonade drink with maple, syrup, cayenne pepper, water, and fresh lemon.